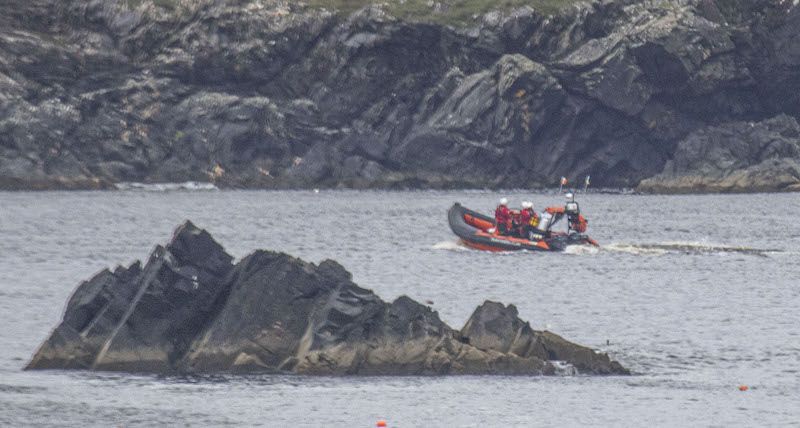 ‘Fatigued’ Donegal fisherman may have been trapped in his boat – report

A fisherman may have died as a result of fatigue after becoming trapped in his boat off the coastline of south Donegal.

James Byrne, 75, a father of five from Cashel, Kilcar, had been alone on his boat for up to 10 hours when tragedy struck.

An official investigation into the death of the elderly fisherman has now concluded fatigue may have been a contributory factor in the fatal incident.

A report by the Marine Casualty Investigation Board said the victim had been alone on his boat for 10 hours on a small vessel which was subject to a constant Atlantic swell which would induce fatigue in anyone of any age.

The MCIB investigation examined the circumstances of the death of Mr Byrne.

It concluded it was likely he had become ill or trapped below deck shortly after stopping his vessel in an area near the shore where he was known to fish at the end of the day The report noted Mr Byrne had left for a day’s fishing for squid on his 9m wooden boat from a pier at Cladnageragh, Co Donegal, at about 9.30am.

He had told his wife he expected to return ashore at about 8.30pm that evening.

A skipper on another vessel reported seeing Mr Byrne’s boat stopped close to the shore at Teelin at about 7.30pm but that he had failed to respond to several calls over VHF radio.

Another vessel which went to check on Mirror of Justice found it laying against rocks, which led to an emergency being declared.

Two onshore anglers reported seeing the vessel drifting for about 15 minutes and were concerned it was getting too close to the shore and there did not appear to be anyone on board.

They estimated the boat hit the rocks at about 8.15pm.

A winchman, who was lowered onto the deck of the vessel by a Coast Guard helicopter at 9.08pm shortly before it sank, could not see anyone on the deck or in the wheelhouse.

Mr Byrne’s body was discovered by another fishing vessel involved in a search operation at about 11.15pm that night about 110m from where the vessel grounded on rocks.

The victim was not wearing a personal flotation device.

The MCIB noted fatigue had been identified as an important contributory factor in maritime casualties and to the health problems of seafarers with excessive hours of work and insufficient rest being main sources.

It acknowledged that statutory limits on the number of hours worked by fishermen on board a vessel did not apply to Mr Byrne as he owned his own boat.

A post-mortem on Mr Byrne’s body concluded he had died from drowning.

It found no evidence of serious injury or pre-existing health issue which caused his death. while toxicology reports showed no presence of drugs or alcohol in the victim’s body.

The MCIB said it was unlikely the casualty fell overboard as there had been enough people who had seen the vessel to have spotted him in the water.

As the casualty was described as a fit, competent and experienced fisherman who would have taken appropriate action in the event of a breakdown or emergency, the MCIB said it appeared he had become ill or trapped below deck.

The report noted that two of the most common factors contributing to a loss of life based on MCIB investigations between 2002 and 1013 were people working alone and fatigue.

The MCIB recommended that the Department of Transport should intensify its efforts to promote maritime safety awareness.

‘Fatigued’ Donegal fisherman may have been trapped in his boat – report was last modified: February 27th, 2022 by Staff Writer
Facebook0Tweet0LinkedIn0Print0