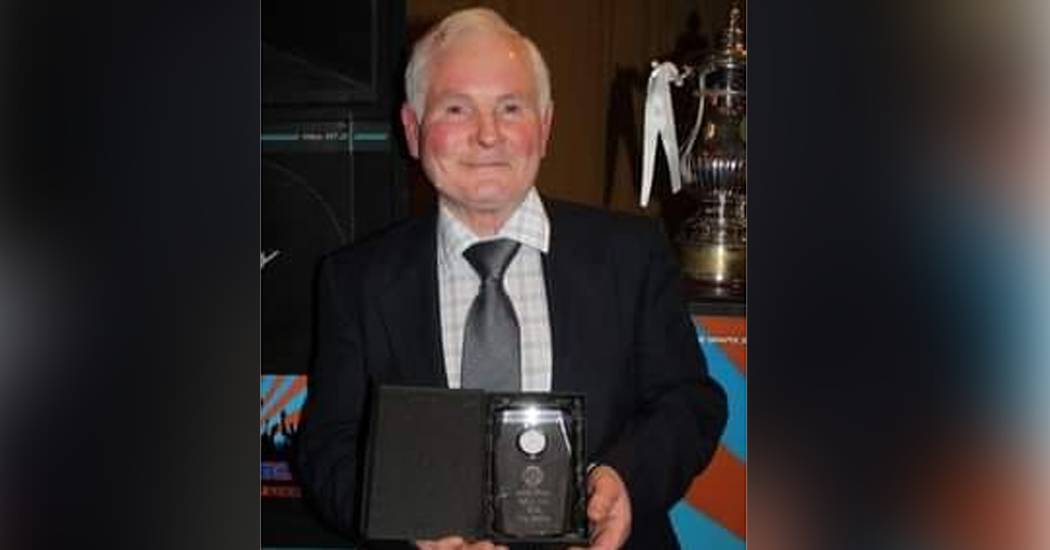 Donegal is in mourning today following the passing of well-known GAA an community activist Tony Doherty.

Tony was a founding member of the Naomh Muire but was more than just a GAA stalwart, so much, much more.

His friend and clubmate Charlie Boyle remembered Tony in a fitting tribute which he has kindly given us permission to reproduce.

“Antoin Ó Dochartaigh or Tony Doherty was born in London in 1936 moving to Ireland when he was 3 years old. Tony lived for the most part of his life at home here but he like many of his friends and family emigrated in search of work in the 50s 60s and 70s spending time in the North of Scotland and for nearly ten years in Leeds before returning home where he looked after his elderly parents as the perfect carer in the latter and comfortable years of their lives.

“Tony Doherty was always a true Gael. His love of Gaelic football has followed him his entire life from the small green fields of Rann na Feirste to the large wide playing parks in Yorkshire and throughout his native Dún na nGall. Tony was an accomplished player always giving it his all each time he pulled on a jersey. His pride in playing for Rann na Feirste was always evident to those team-mates who recall him as a tough, honest and no-nonsense player with his huge heart making up for his small stature.

“If Tony’s playing days are remembered, it is as a GAA organiser that marks him as a truly outstanding servant to the Association, Rann na Feirste and in particular to our Club Naomh Muire Íochtar Na Rosann – a club he co-founded.

“Tony never sought the role of least work or effort within our Club. Instead he took on the tasks that few others would consider. Long before there was the luxury of sub committees such as wellbeing, for this and that…..Tony WAS the Committee. Many of us recall a weekend in the life of Tony to include fixing a broken crossbar on a Saturday afternoon in the Banks, chasing up players on the Saturday evening, booking Feda’s bus for the following week, lining the pitch in between masses on a Sunday on his own, possibly picking the team on the Sunday afternoon and/or going around the cars with the biscuit tin for needed funds and then trying to lift the spirits perhaps after a heavy defeat. Later that Sunday night Tony would stand on the door of Jacks for hours at a function as treasurer trying with great difficulty but with huge hope to keep the club ticking over. The rest of the week could see him attend county board or southern board meetings or transporting players to county minor trials in either the famous green VW beetle or the yellow Opel Kadett. The VW beetle was our dressing room, treatment room and post-match warm down area at home or away. It was for years the official club car.

“Often at games on a Sunday if a referee didn’t turn up , We would be hoping we would lose the toss for choice of ref, so that Tony wouldn’t get reffing….why…because in his effort to show fairness, the opposing team would have the advantage. Mind you John Joe Mc Gettigan destroyed that belief on a warm night in Termon once!!

“Tony didn’t go into a club meeting to gauge the opinions of others before making up his own mind. His decency, integrity and honesty gave him his own opinion and good luck to you if you tried to change it. This gave us many tense and humorous meetings, in equal order where he would take whatever view he had and held onto it unless he felt it was of benefit to the club and hence the community.

“Tony for a time was heavily involved in the band in Rann na Feirste – an Drúma Mór. That made it difficult for us to dislike them and through the heightened tensioned years where local band rivalry was as tangilble as the troubles in the North, Tony had the ability to praise the performance of another band (Mullachdubh in particular)…..a unique occurrence in those days.

“Tony was hugely involved in the great facility that we have in the Banks today. Along with others Tony saw a vision that improved facilities would see the Club grow. He was a great help, support and strength to the development work in the late 90s and he deserves great credit for his usual no fuss but all-out effort there. Only a few years back when the question of floodlights emerged, some felt Tony would baulk at the six-figure sum being mentioned but at a club meeting , he led the vote for the decision to borrow and to invest in the lights – ‘it will be good for the wee ones’. As we watch the floodlights on in winter nights as our young play into the dark cold evenings, we remember Tony and his guidance.

“In 2012 Tony was awarded the Donegal Hall of Fame Award. On the same night, All-Ireland winning captain Michael Murphy was receiving a national award at the same event. Michael’s words were “It’s great to be in the presence of a true GAA legend.” No doubt that made Tony a proud man.

“Nothing in this piece does justice to Tony. Rosaleen his niece said to me last night, ‘there was a book in him’. There was or a Netflix series but were we not blessed with being in the story of a hero who has left a legacy behind him? Our community is better for there having been a Tony Doherty. We owe him a debt of gratitude yet he would have handed that back to us. He enriched all of our lives so sadness and gratitude are the balanced emotions we will all feel. He left behind this world a better place and fewer measurements are as important.”