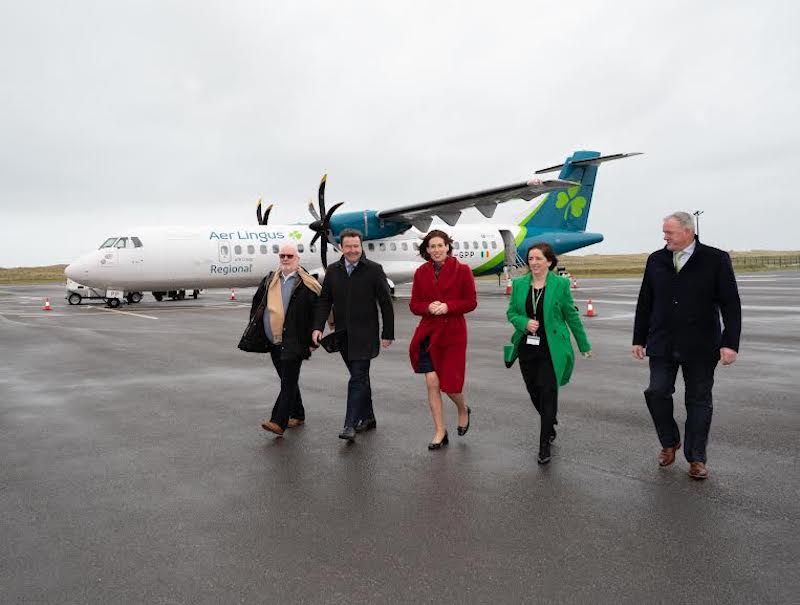 With fares starting from €29.99, the carrier will be offering up to two flights daily each way.

To mark the occasion, Conor McCarthy, CEO and Founder of Emerald Airlines, was joined by Minister of State, Hildegarde Naughton, and Steve Ó Cúláin, Chairman, and Eilís Docherty, Managing Director at Donegal Airport, attended a ribbon cutting ceremony at the airport.

Commenting on the announcement, Mr McCarthy said: “Today marks a huge milestone in our journey to become Ireland’s largest regional airline. There has been a considerable amount of hard work behind the scenes in order to make this day a reality. I would like to thank all those involved; especially our amazing team at Emerald Airlines, our partners in Aer Lingus, Minister for Transport, Eamon Ryan, Minister of State Hildegarde Naughton and their team at the Department of Transport, and our friends at Donegal Airport.”

For more information on fares and flight times, and to book visit aerlingus.com