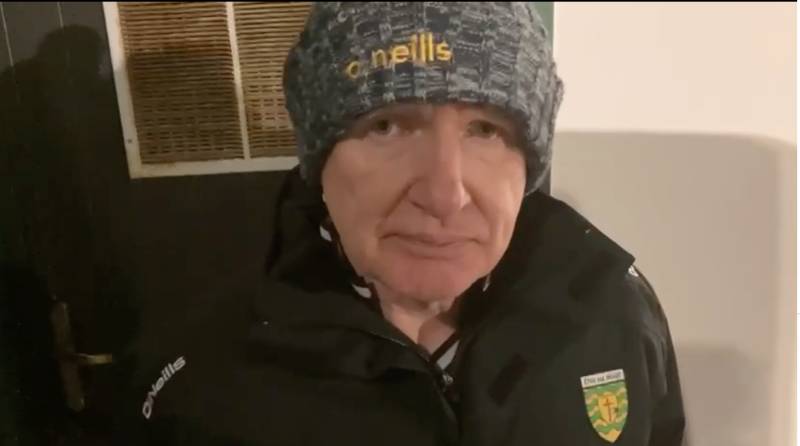 Declan Bonner was impressed by his sides ability to come back and defeat the All-Ireland champions Tyrone at MacCumhaill Park.

Donegal were four points behind with the breeze in their favour closing in on half time but a Conor O’Donnell goal got them back into the game. O’Donnell scored three crucial points in the second half before Jeaic MacCeallbhuí sealed the victory in injury time

“It was a great evening’s work from our point of view, we know all it is is two points but it’s two points we set out for after the long road back from Killarney last weekend.

“It’s nice to come back up here and get that type of performance.”

With Donegal on 5 points, another win would likely see them safe in Division 1 and focus is already on the next game against Monaghan in MacCumhaill Park on Sunday the 13th March.

“The next game is a two point game and we’ll be getting all our preparations ready for that and those start right away.”

Conor O’Donnell, who was man of the match, scoring 1-3, was glad to see his side take the two points in what was a tough game:

Watch: Donegal manager Declan Bonner speaks to Charlie Collins after his side beat Tyrone by 2-10 to 0-12 at MacCumhaill Park.