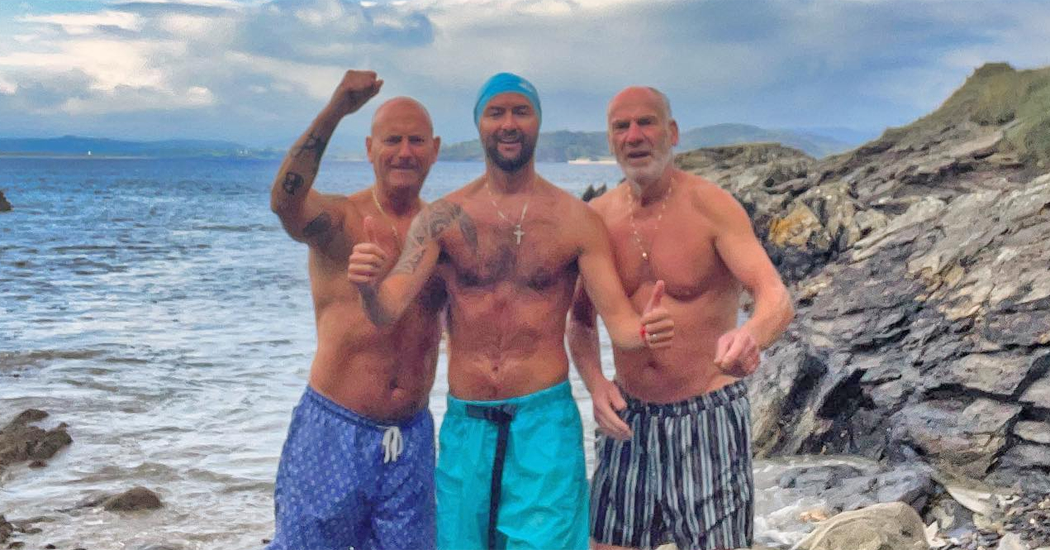 The Viking Dippers celebrate making a splash a day, for a year!

The Viking Dippers may have their 365 day swim challenge complete, but that won’t stop Paddy Browne heading to the seaside this evening to beat the Monday blues.

The Downings man is one of an adventurous trio that has raised more than €10,000 for charities by taking a daily dip. Paddy, along with his father in law Bobby Roberts and his pal Frank Power, braved the waves every day for the past year. Through rain, hail, and those brutal storms, they never failed to miss a day in the ocean, and they’re made waves online through Instagram generating support for local causes.

When they first started sharing their quest, little did they know they would amass a huge following of sea swimming fans, welcome guest dippers, and connect with swim tribes around the island. But the grand finale last Friday showed the impact they had made over the lockdowns. More than 60 people joined them at Tramore to celebrate their achievement and the new community of sea swimmers.

Watch the footage from the day, by Micheál Brennan @donegaldaddy:

“It was overwhelming,” Paddy recalls. “It was like a parade, there were people from Cork, Galway, Belfast and Derry, and we all just ran into the water together.

“I’ve made so many friends and friends for life. We’re going to get around and visit them all now, to dip in their place and return the favour.”

The Dippers’ trio was formed as a ‘bit of craic’ to start off with. In fact, it grew from a walking challenge.

Paddy said: “Me and Bobby were doing a walking challenge and we passed this swimming spot. Bobby started to tell me about his mate Frank who goes into the water every day. Just as he said it, Frank comes out of the water. We got chatting and next day we decided to join him. We ran in for a second, there was a lot of screaming, but we were buzzing. We said we’d come down again tomorrow.”

And the rest is history. 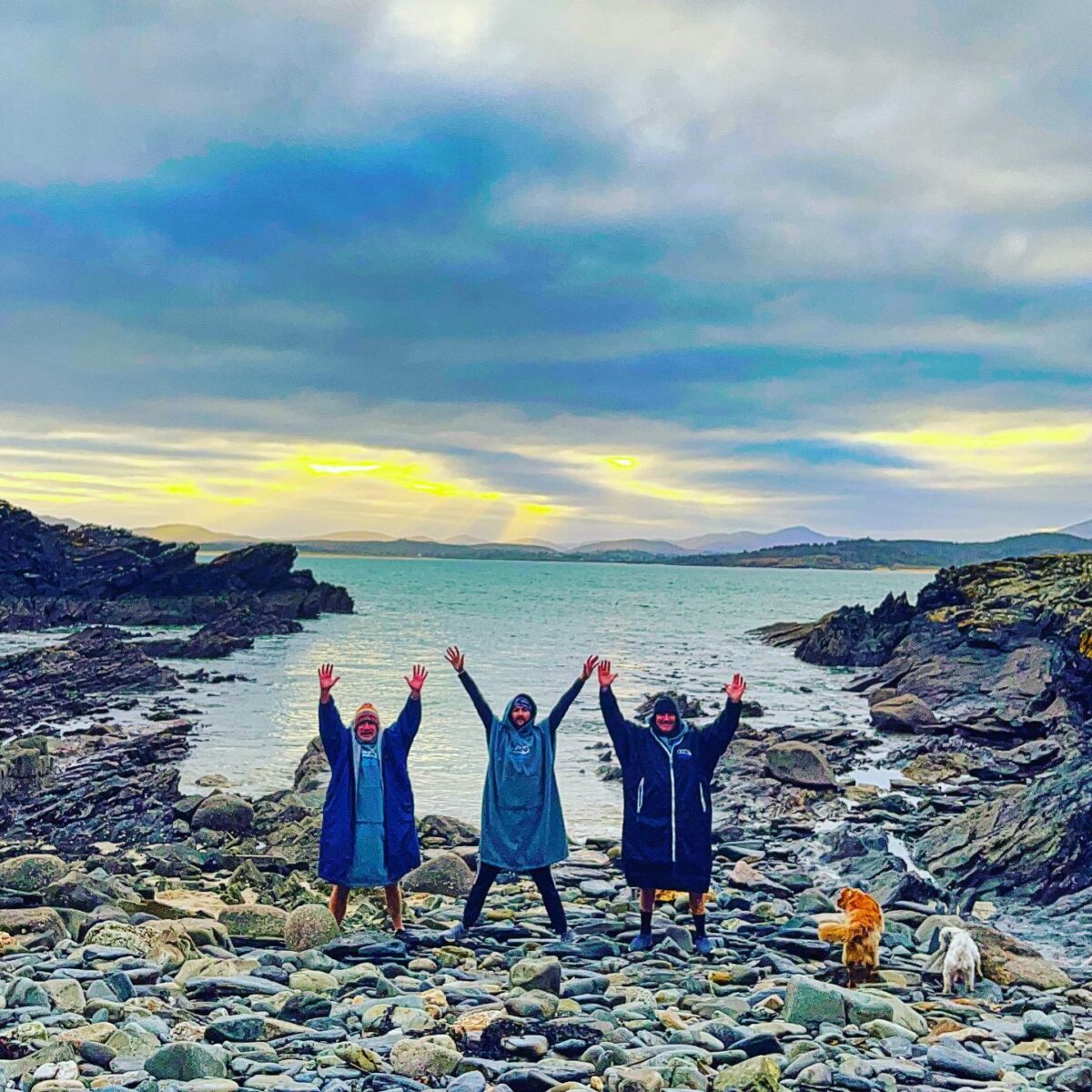 When Paddy started sharing clips from the dips online, they gathered attention from people who enjoyed the light entertainment during restrictions. People began offering to donate money for the dippers to buy themselves a coffee or a pint, but Paddy decided to use the money to buy a life ring, now called The People’s Ring, to be placed at the busy diving spot in Downings.

Then the idea came to them about choosing a charity to support every month through a 365 day challenge. The Irish Cancer Society, LauraLynn, Pride Month, Psoriasis Awareness and Ellie’s Wish to Walk are just some of the causes they have chosen over the year.

Sea swimming isn’t always a warm and sunny pursuit, but even on the dark days, Paddy, Bobby and Frank kept their chosen charities in mind as they braved the cold sea in nothing but their trunks.

“On the stormy days we had to take a rope out and hold on. Then there were days when I was feeling under the weather after my vaccinations. Or when I went back to work and had to get up at 6am with flashlights. But we always said we’d never miss a beat, and we didn’t.”

Congratulations to the Viking Dippers in Donegal on their 365 days of dipping for charity. The Dippers are great friends of Kahm and pictured here wearing the full compliment of Kahm Swimwear. Keep her lit🔥 #IrelandsDNA #DonegalitsinourDNA #kahmunity #kahm #Sustainability pic.twitter.com/N1QhCPKDFS

Paddy would like to thank everyone who supported the 365 day swims, the local businesses in Downings who sponsored the Coast Guard on the final day, all their sponsors, family and his two amigos Frank and Bobby for their unforgettable achievement.

You can still support The Viking Dippers’ charity challenge by donating to a fund for Donegal Hospice, Donegal Mountain Rescue Team and Donegal Women’s Centre online at: https://www.idonate.ie/fundraiser/11410145_patrick–browne–s-page.html