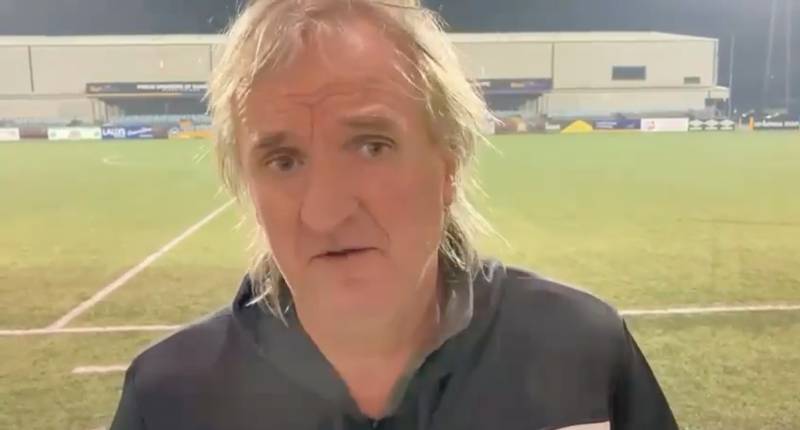 Watch: ‘We can’t blame anyone bar ourselves’ – Ollie Horgan

Ollie Horgan’s Finn Harps side were left disappointed with a 3-0 loss after starting the game so well.

Filip Mihaljević and Ryan Connolly had two big chances each and Barry McNamee had a header go wide all before Dundalk had their first proper chance which ended in a goal.

Horgan said: “(We had one) cleared off the line, we hit the crossbar, we had a corner kick where I don’t know how the keeper got it out from underneath the post.

“We had several chances, probably more than we’ve had in any day in Dundalk but they count for nothing, we still got beat 3-0 and we’ve got to go again on Friday night and move on from it.”