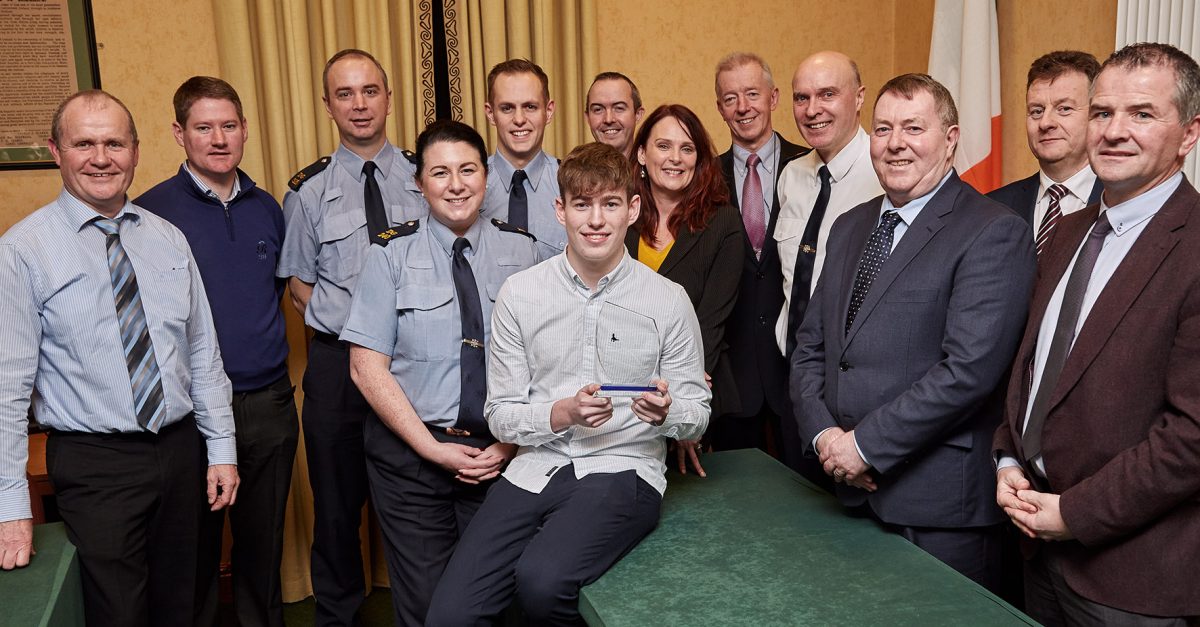 The annual Donegal Garda Youth Awards celebrate outstanding young people between the ages of 13 and 21 years from throughout the county and from today, Tuesday 1st March 2022 the awards open for nominations.

An Garda Síochána in Donegal and the Joint Policing Committee recognise that young people throughout the County of Donegal have been involved in good and positive endeavours locally.

The Donegal Garda Youth Awards reward those young people who by their presence make their communities a better place to live in.

The nomination process is now open, and An Garda Síochána in Donegal is now inviting the public to nominate a young person they know who is committed to making a difference to their community during 2021.

All nominees will receive recognition of their nomination following the closing date for receipt of nominations.

Gardaí will be distributing nomination forms to schools, youth groups and voluntary organisations right across County Donegal via email from today.

In addition the nomination forms are available for download on the Garda Website via this link http://www.garda.ie/!Q44B2O and on the local authority website at the following link:
https://www.donegalcoco.ie/community/jointpolicingcommittee/donegalgardayouthawards2022/

An awards event will take place in April/May 2022. Winners and nominees will be notified of these details by the organising committee following the adjudication process.

Adjudicator Inspector Shaun Grant said “Once again, I am delighted to launch the Donegal Garda Youth Awards 2022. Following national representation and success in each year since the awards were launched in this County in 2019, it is clear that there is an abundance of talented youth, making regular, positive contributions to our community. Please continue to take this opportunity to nominate suitable youths, for consideration and recognition in their respective field”.

Adjudicator Cllr Gerry McMonagle, Chairperson, Donegal Joint Policing Committee said, “The Garda Youth awards is a very good initiative, it shows young people in a good light and I would encourage more groups and individuals to put forward more candidates for the awards”

There are four separate awards categories for young people:

1. Individual Award – Making a positive contribution to their Community, making it a better place to live.

2. Group Award – two or more young people making a positive contribution to their community, making it a better place to live.

4. Community Safety Award – Through a crime prevention or safety initiative/innovation, have made their Community a safer place to live.

Nomination forms can be emailed DonegalGardaYouthAwards@garda.ieor may be posted to Letterkenny Garda Station, Newline Road, Letterkenny, Co. Donegal, F92 PC03 and marked for the attention of Garda Gráinne Doherty.

Nominations must be received by 5pm on Monday 28th March 2022 to be considered.