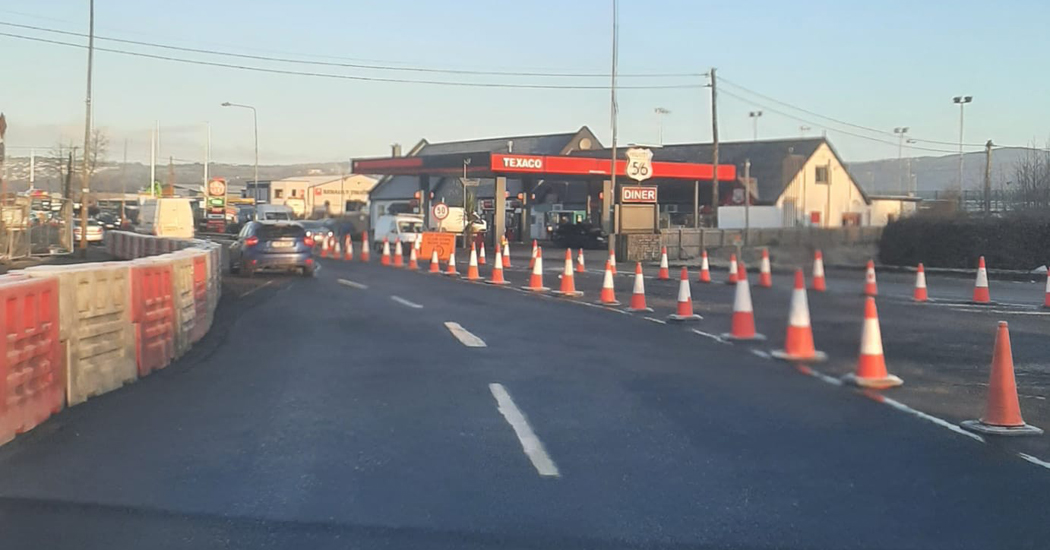 Motorists will enjoy a smoother drive into Letterkenny this week after much-needed road surfacing works were carried out.

The exit off the Dry Arch roundabout onto the new Four Lane project has now been resurfaced.

The poor condition of this entrance was branded as a ‘recipe for a serious accident’ in recent weeks.

Cllr Donal ‘Mandy’ Kelly, who repeatedly highlighted the dangers of the area, said: “I’m delighted to now see these safety concerns addressed for the safety of all road users on the Four Lane project.”

Cllr Kelly added that there are other pressing issues to be addressed: “Tomorrow we have a meeting with the contractors of this four lane project and I will be asking some vital questions for my constituents regarding their safety concerns and I’ll also be asking if this project is on target etc.