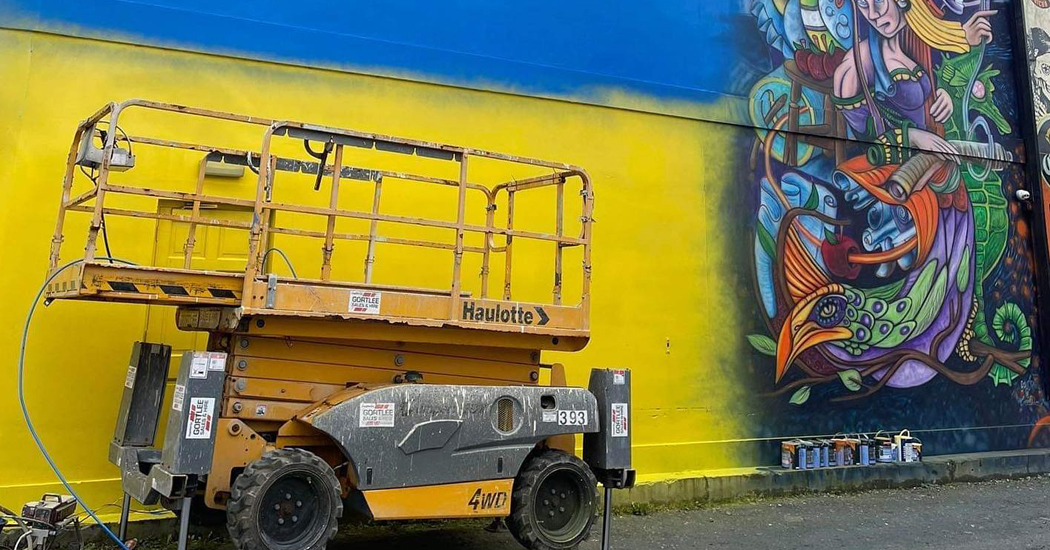 Ukraine solidarity mural to be unveiled in Letterkenny

Works are underway to paint a mural in Letterkenny expressing solidarity with the people of Ukraine.

The mural which is being painted by street artist Ciarán Dunlevy will be unveiled at a vigil, organised by the local community on Wednesday 2nd March at 5:30pm.

The artwork will feature on the wall to the site of Burrito Loco on the Port Road.

When speaking about the inspiration behind the mural, Dunlevy says: “When I saw a report by the New York Times showing ordinary civilians lining up to defend their country, I was struck by the sheer courage and determination of the Ukranian people. The last mural I painted was of Ireland’s great mythical hero Fionn Mac Cumhaill. Fionn’s warriorship was one of integrity, truth, courage and love. Fionn and the Fianna were fierce protectors of their tribe. This is what I saw in the faces of the Ukranian people.

“This new mural depicts the face of one of these people; a young Ukranian civilian-warrior named Zakhar Nechypor who has the power and protection of their sovereignty Goddess Berehynia emanating through him.

“This artwork is a declaration of our support for the Ukranian people. It is an honouring of their exceptional courage, strength, humanity and power. We want them to know that the Irish people stand with them in solidarity and love.” 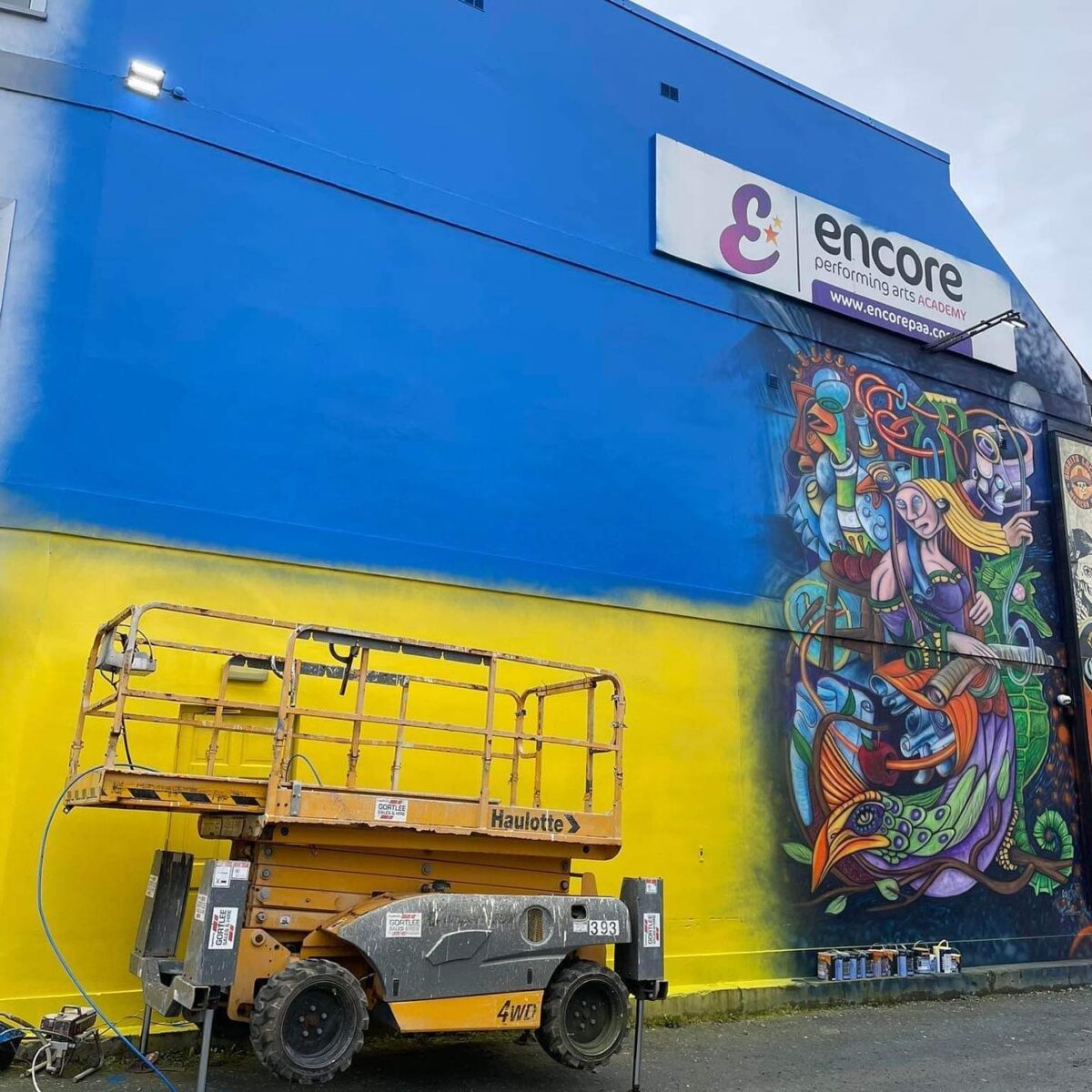 Members of the public, media and musicians are invited to attend a vigil for the people of Ukraine, where the mural will be unveiled on Port Road, Letterkenny on Wednesday 2nd March at 5:30pm.

Organisers have thanked Burrito Loco and Johnstone’s Paint for sponsoring the materials and equipment.