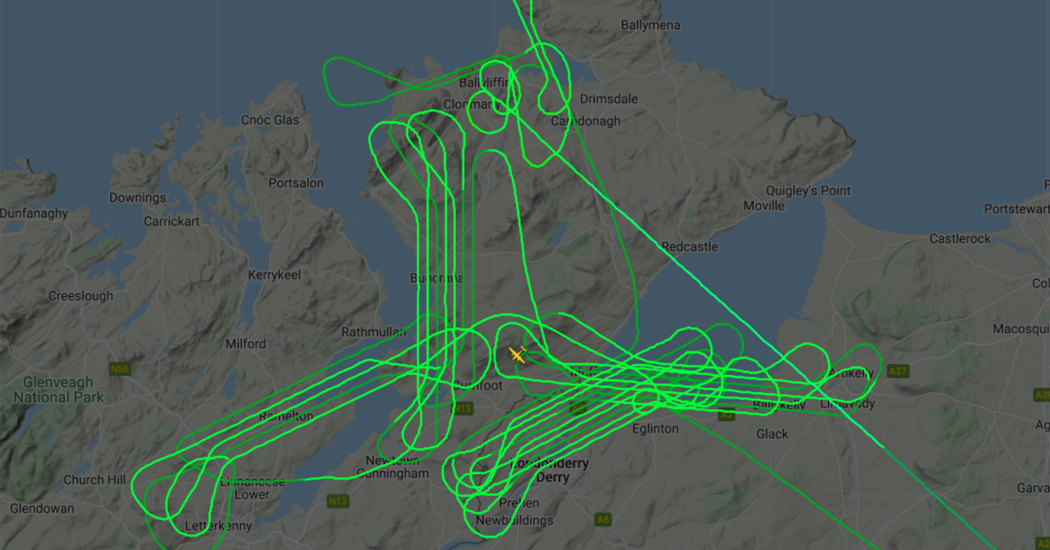 Explained: Why was a plane carving a strange flight path over Donegal?

Many residents of Inishowen, Derry and Letterkenny had their eyes to the skies last night as a plane charted an unusual flight path overhead.

The late night flight sparked questions over what the aircraft was up to.

The mapping work was carried out at night due to ‘operational and technical’ reasons.

The plane took off from Birmingham after 9pm and, after zig-zagging over Donegal and Derry, touched down at Belfast International Airport at 3am.

Explained: Why was a plane carving a strange flight path over Donegal? was last modified: March 2nd, 2022 by Staff Writer
Facebook0Tweet0LinkedIn0Print0