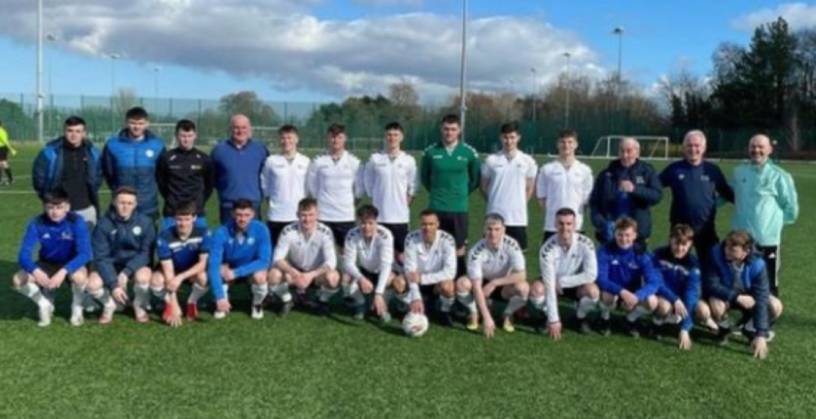 LYIT Men’s Soccer side won the CUFL Division 1 League title after a 4-3 win on penalties against Dundalk IT.

LYIT’s goalkeeper and Man of the Match Matthew Gallagher saved two of the penalties in the shootout as the already promoted side put icing on the cake by winning the league title.

Pat Loughrey, who scored a hat-trick in the semi-final against TUS Midwest to seal promotion, got LYIT ahead only for DKIT to equalise in the last couple of minutes of the 2nd half to bring game to extra time in Queen’s University in Belfast.

Joel Gorman put Shane Byrne’s side back into the lead early in second half with a close range header but once again DKIT got back on level terms with only minutes remaining to force the game to penalties.