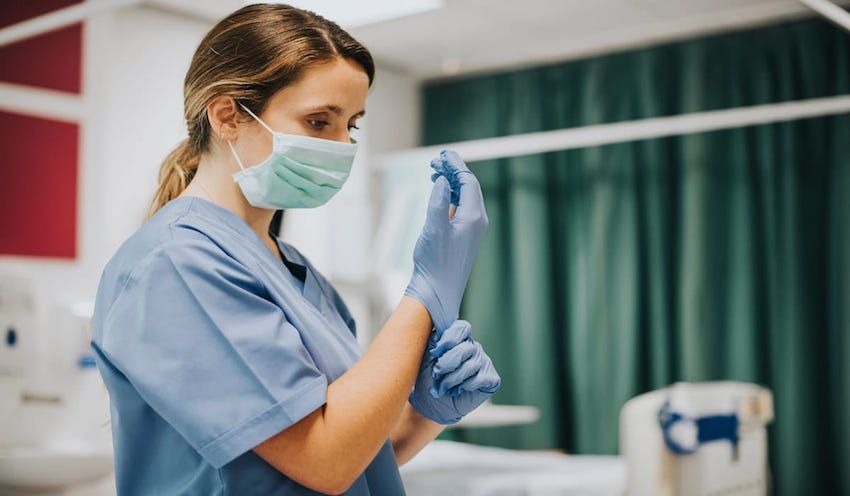 The Minister for Health has been urged to intervene and deliver urgent support to Letterkenny University Hospital in light of dangerous overcrowding.

It comes as staff struggled with overflows of patients in the emergency department yesterday evening. At one point, there were ten ambulances queueing to get into the hospital. All staff who can be available to work were asked to come in, with reports of staff reaching out to nursing homes to take patients in.

Donegal Sinn Féin Deputy Padraig MacLochlainn told the Dáil that staff are bearing the brunt of the situation.

His message to the Minister for Health was: “You have a profound crisis of morale in that hospital, but yet staff go to work every day in what can only be described as heroic circumstances. But they are tired of being called heroes, they need the backing.”

“This is a build up of a failure to invest in beds, nurses and doctors at the hospital for far too many years,” he said.

He told the Dáil that, despite Letterkenny University Hospital being the sixth largest acute hospital in the State, it only received the 13th and 14th highest budget allocation. The hospital has more than 23,000 inpatients every year. Deputy MacLochlainn said the crisis feeds into the waiting lists, where 21,500 people are waiting for treatment at the hospital and many waiting more than a year.

“Minister, please go and personally visit the LUH as soon as hospital, speak to the unions, speak to staff, speak to the management and make the intervention that is required,” Deputy MacLochlainn said.

The organisation is seeking an urgent meeting with senior management over yesterday’s emergency situation.

Mr Donohue said: “The level of overcrowding in Letterkenny University Hospital is extremely concerning. Yesterday, there were ten ambulances queueing to get into the hospital.

“The Emergency Department is currently at full capacity with nurses struggling with overflows of patients who have been admitted. All staff who can be available to work in the emergency department have been asked to attend.

“INMO members are reporting that there is no available space left for trolleys and that they are reaching out to nursing homes to take patients if possible.

“The INMO has been long sounding the alarm of the problems in LUH with hospital management, the Saolta Group and the HSE.”