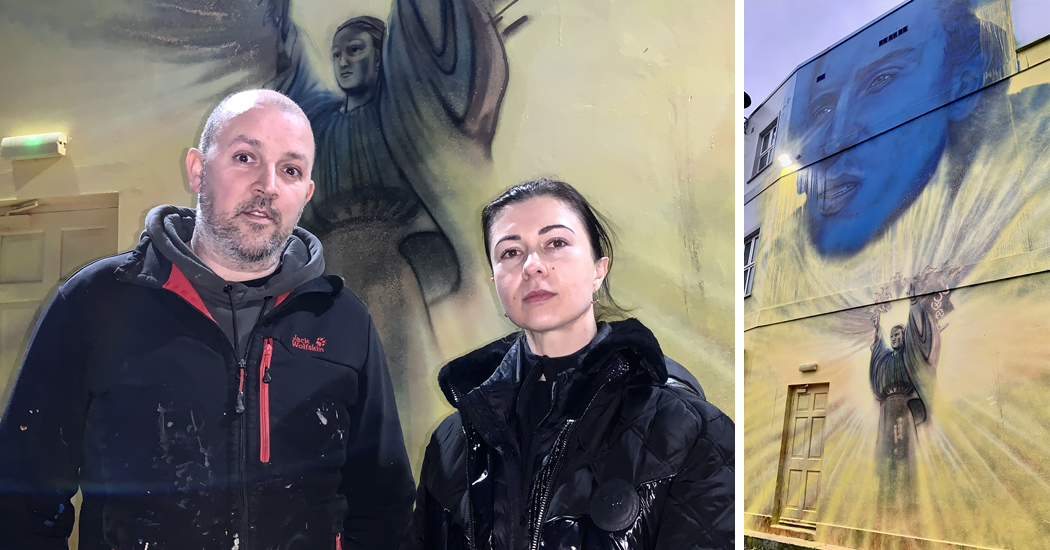 ‘We are all Ukrainians today’ – that was the sentiment shared among a group of people gathered on the Port Road in Letterkenny this evening.

A bright, symbolic and eye-catching mural was unveiled in the town this evening as a show of solidarity to the people of Ukraine whose lives have been torn apart by the Russian invasion.

The blue and yellow-coloured artwork, painted by street artist Ciarán Dunlevy, depicts a real civilian who took up arms for his country. Dunlevy saw the warriorship in his face, much like Fionn Mac Cumhaill and the Fianna, protectors of their tribe. Below, the sovereignty Goddess Berehynia emanates her power through him.

Speaking at this evening’s vigil, Oksana, a Ukrainian woman who now lives in Letterkenny, said that seeing her native colours on the wall gave her warmth.

“Small things matter. Ukrainians have to see that they are supported,” she said.

Oksana’s native town is now accepting refugees from Kharkiv, a city that has been pounded by Russian air and rocket strikes. Her mother and her family are volunteering to help by making their meals and supporting Kharkiv families in any way they can.

Here in Donegal, Oksana is using her voice to tell people about what is happening, and relaying the message of support back home.

“From here, I cannot do much personally, unless I go and fight for my country. But what I can do is show everyone I know that we all support Ukraine. People have to know that the whole world stands behind us,” she said.

“Everyone is Ukrainian now, in every corner of the world we fight for the right things, for values we all share.” 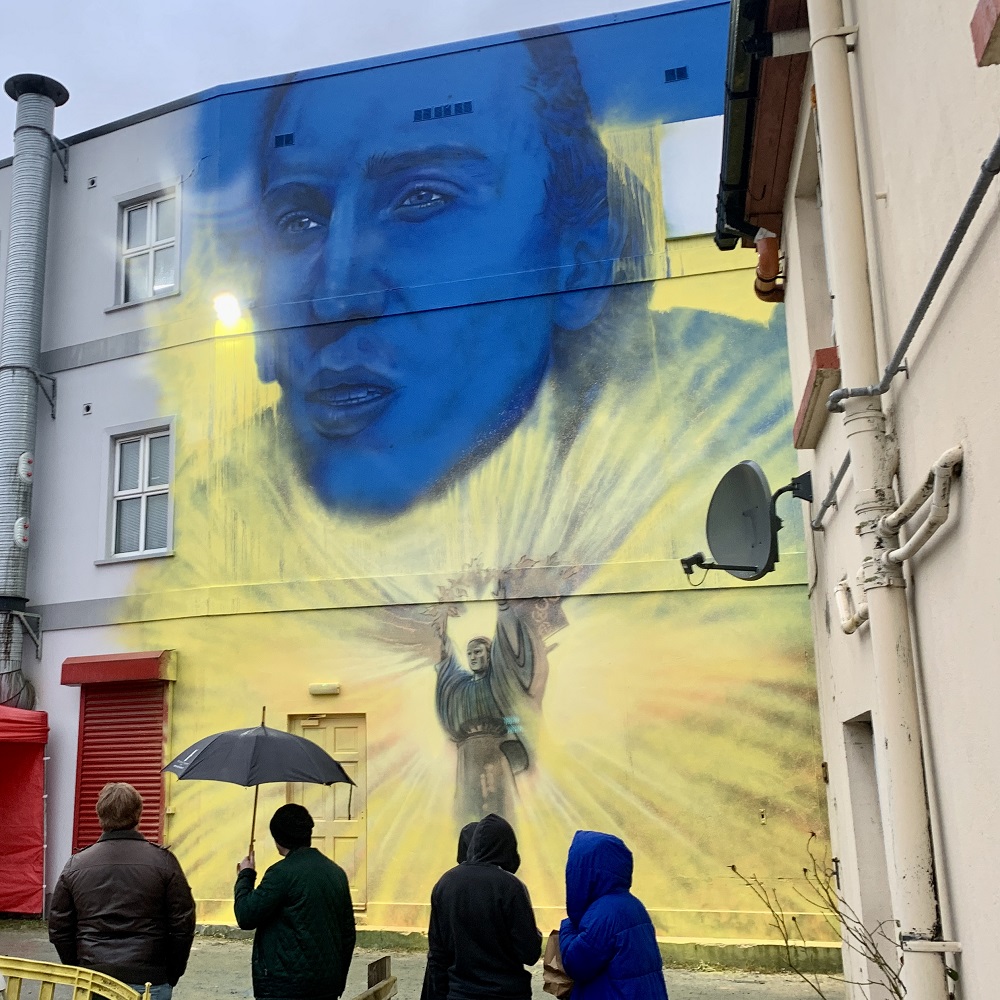 The vigil also heard of the major relief efforts underway to support the people displaced by the conflict.

“All donations and all help we get now matters,” Oksana said. “The money is going the right way. There are hundreds of thousands of people at the border now and they have nothing. Kids and mums going without food and clothes, they are desperate.”

The vigil also heard from Karolina Olchowska, a Polish national who works for the Donegal Intercultural Platform, who shared details of the humanitarian effort on the borders. Paul Kernan of Donegal IDP also encouraged people to engage with Intercultural Donegal if they want to help. Information on essential items collections is available at: Ukraine refugees collection Letterkenny – Donegal

Organisers wish to thank Burrito Loco and Johnstone’s Paint for sponsoring the materials and equipment.