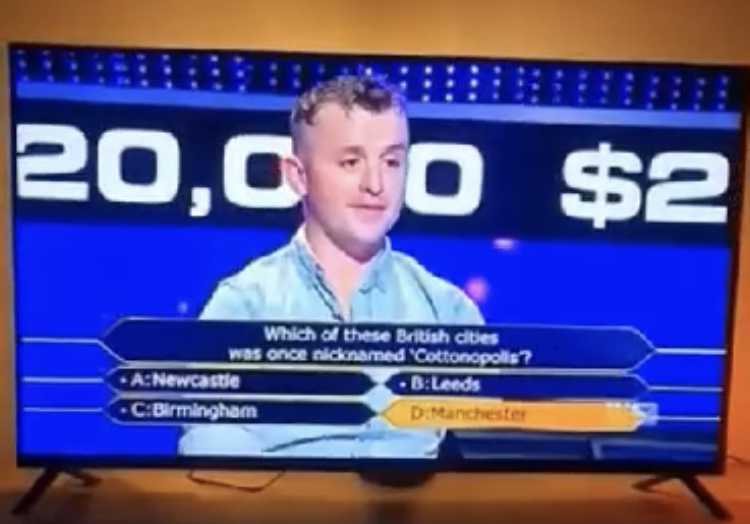 The luck of the Irish was strong with one Donegal man who scooped 20,000 dollars on the Australian version of Who Wants to be a Millionaire.

Brian (Barney) Boyce from Glen, who lives in Melbourne, appeared on the big-money gameshow this week when one question had him stumped.

He was asked: “Which British city was once nicknamed ‘Cottonopolis’…

But, being a Manchester United fan worked in his favour, and when he took a wild guess, it paid off to the sum of $20,000!

The 37-year-old moved to Oz in 2007 and now works as a civil supervisor in the West Gate Tunnel project in St Kilda East, Victoria. He bought a house four years ago, so the winnings will come in very useful to help with his mortgage. He also plans to come home to Carrigart in the summertime, as Covid restricted his usual visit home to see family. A small party may be in order too!