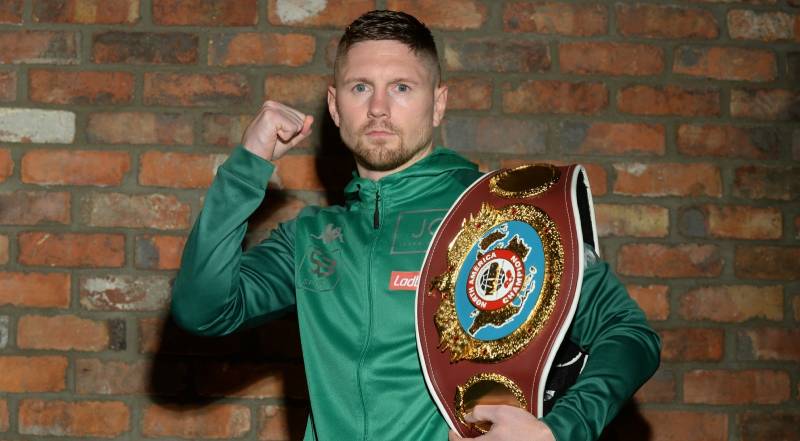 Watch: Trailer for Jason Quigley documentary which airs next week

Irish boxer and Ladbrokes ambassador, Jason Quigley, set his sights on a world title late last year and this compelling documentary tells the story of his journey to one of the most important fights of his career.

Following his unsuccessful bid to take WBO World Middleweight title, Quigley, candidly shares how he picks himself back up again.

Touching on his mental health, Quigley shares his struggles in his past and how he worked through them with the help of boxing and the support of family and friends. Central to his personal journey with anxiety is his close relationship with his mother.

Going back to his hometown of Ballybofey in Donegal, the documentary gives an insight to his up bringing and where his love for boxing began. His father, a former boxer, was his main reason for first picking up a pair of boxing gloves and getting into the ring.

Commissioned by Ladbrokes bookmakers, the documentary is a story of one mans’ sheer determination and dedication. The programme explores his strict training regime and personal sacrifices to reach peak physical and mental fitness to attempt to defeat WBO Middleweight Champion Demetrius Andrade.

Commenting on the documentary, Nicola McGeady of Ladbrokes said: “The documentary is a must-watch, it is an inspirational story of commitment, dedication and the power of resilience. Despite not claiming the title it is evident that is not the last we will hear of Jason Quigley”.