Plans are at an advanced stage to make the 25th event special and the organisers are hoping that as many of those who participated in that inaugural run and walk will come out and support the three charities who will benefit this year.

To date nearly 834,000 euros has been raised for 36 charities and North West 10k Chairperson Neil Martin wants to see that figure rise significantly when the cheques are presented after the 2022 event which takes place on Monday, May 2nd at 11 am in Letterkenny. 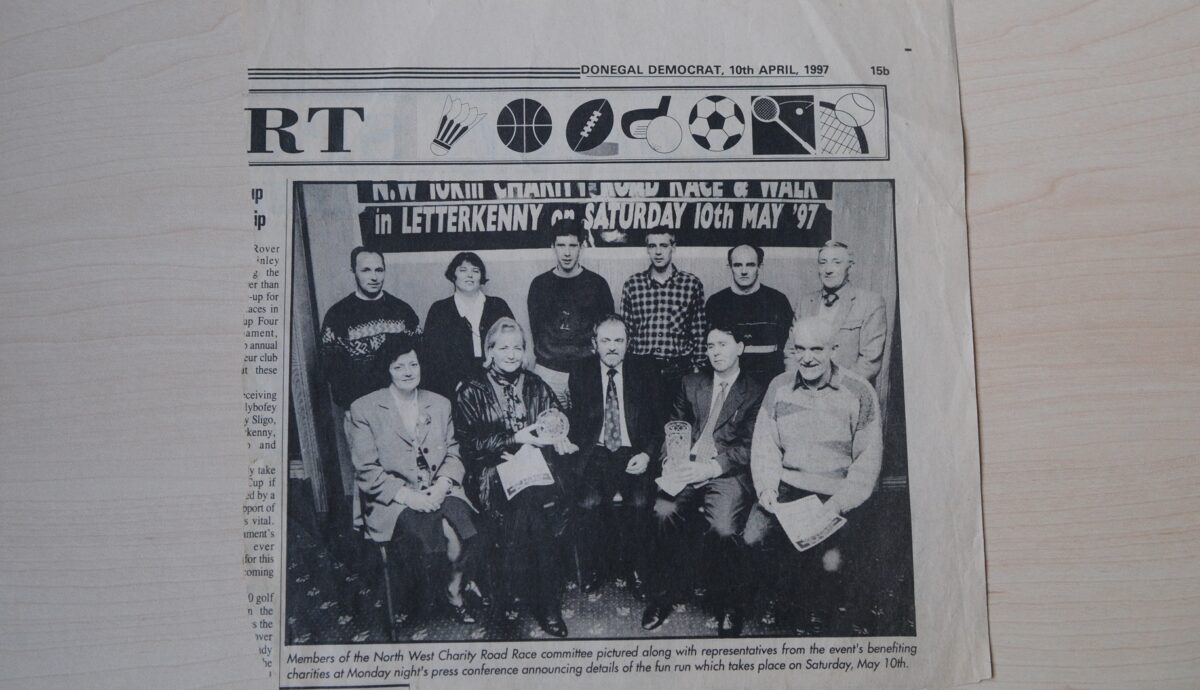 “The 25th North West 10k is so special to so many people be that the committee themselves, the many charities that have benefitted from the generosity of the public and the runners and walkers that have taken part over the last 24 years. It would be just great to see as many of those people as possible on the starting line on Monday 2nd of May to be part of the anniversary celebrations. Every year it’s about raising as much money as possible for the charities. This year we have three very worthy causes in Spina Bifida & Hydrocephalus Ireland Donegal Branch, the Donegal Diabetes Parents Support Group and the No Barriers Foundation. We have raised nearly 834,000 euros over the 24 years and now we want to push that figure up significantly with the support of the people of Donegal and further afield” Mr Martin said.

The 25th North West 10k takes place on Monday 2nd of May in Letterkenny at 11 a.m. The online entry fee is €15. There is a commemorative t-shirt for all who enter before the 31st of March and a North West 10k medallion will be presented to participants on the day of the event.