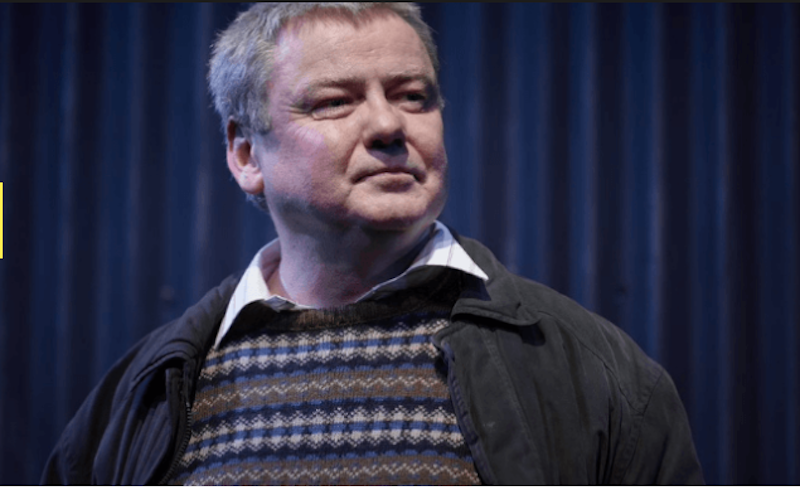 A Donegal actor is currently starring in a professional show at a top Dublin theatre.

Over 100 years after the partition of Ireland, the Abbey Theatre explores its consequences through Jennifer Johnston’s compelling production.

Through the three interlinked stories of Karen, Christine, and Billy, these companion pieces tell the personal tragedies of victims of the conflict in Northern Ireland.

The overall production is led by artist Maree Kearns and each monologue is directed by one of the Abbey’s resident directors, Gea Gojak, Claire O’Reilly and Laura Sheeran.

Although she is best known for her novels, Jennifer Johnston has a rich theatrical history too.

Her parents were the actress Shelah Richards and the playwright Denis Johnston.

She has written more than ten plays in her long career, not including adaptations of her own work.

In Three Monologues, published in 1995 after various discrete productions, Johnston gives expression to three people living through the Troubles in Northern Ireland.

The author lived in Derry for many years, and the writing is steeped in authentic detail and character.

In a four-star review, the Irish Times writes: “In High Noon, directed by Gea Gojak, we meet loyalist Billy, who defines himself more by his love of Westerns than by his religion. What he wouldn’t give to be a hero! Charlie Bonner, beaming as he recounts Billy’s favourite plots and his friendship with local wild boy Sammy, creates a gently persuasive character that we cannot help but warm to, even as we know there is darkness to come.”

Bonner first cut his teeth treading the boards with the local Butt Drama Circle in Ballybofey.

A son of Rosemary and Charlie Bonner,  he is now a professional stage and screen actor.

Three Monologues runs at the Abbey Theatre until March 12.