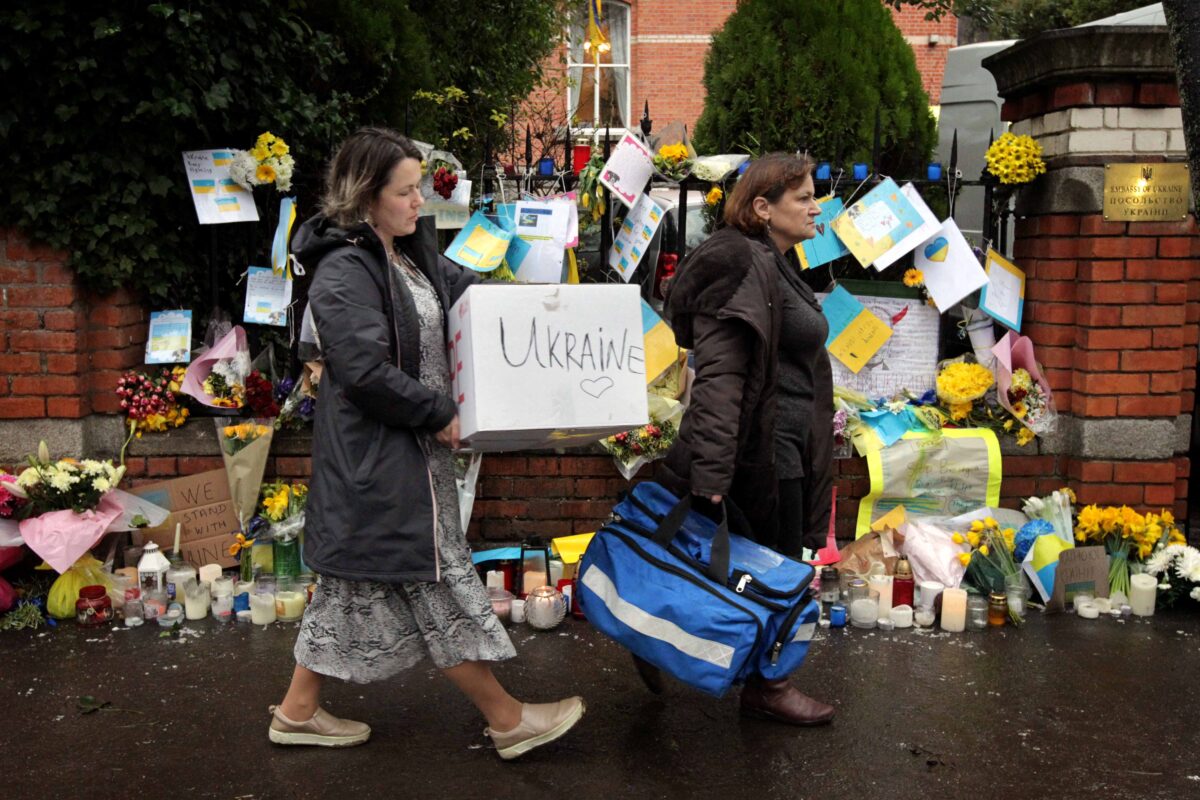 The State is likely to be expected to take in over 100,000 Ukrainian refugees, Minister of State Anne Rabbitte has said.

According to the Irish Times, the government will be looking at placing refugees outside of urban centres.

As a result, local authorities, including Donegal County Council, are expected to be asked to identify possible accommodation.

The UN said on Sunday that more than 1.5 million people have now fled Ukraine since the Russian invasion.

Speaking following meetings with the World Health Organisation in Copenhagen last week, Ms Rabbitte said among those she met was Dr Hans Kluge, the organisation’s regional director for Europe.

They met on Tuesday evening prior to his departure for Poland to assist in organising humanitarian corridors out of Ukraine.

Such an exodus would represent “just 10 per cent of Ukrainian population” so numbers could exceed that quickly once humanitarian corridors were in place, she added.

Ireland would be expected to take two per cent of those, if they were willing to come, she confirmed.

“It is my understanding 671 people have arrived into Ireland from Ukraine but they have gone straight to family already living here. After that we are looking at finding accommodation for them. So that two per cent is likely to get very real, very quickly.”

Minister for Children, Equality and Integration, Roderic O’Gorman and the Irish Red Cross are drawing up a register of offers of accommodation from the public, and such offers were “very genuine and generous” she said.

However, she did not think they would meet the full extent of need, “once it starts to flow”.

It would then be for authorities, locally and nationally, to identify accommodation.

It is understood the focus will be on placing families outside major urban centres where the housing crisis is worst.

Ms Rabbitte said she looked forward to welcoming Ukrainians to her constituency in Galway east, adding their arrival would be positive for towns and villages especially those “facing rural decline”.

Rural schools should start preparing to welcome Ukrainian children to their rolls, while local GPs and medical services, as well as local retailers and businesses, should anticipate increased demand for their services.

Asked if significant numbers of Ukrainians could start arriving “within weeks”, she said “I’d say sooner”.