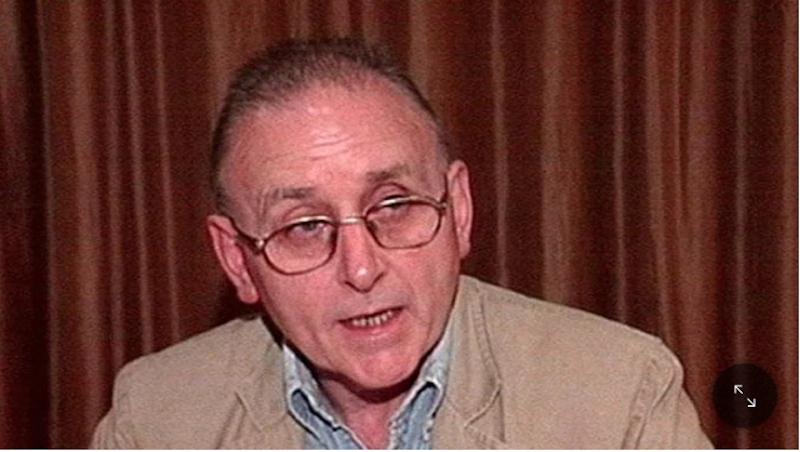 Report into murder of Denis Donaldson to be published this week

RTE is reporting that the findings of an investigation into the murder in Donegal of a former senior Sinn Féin official who worked as a British agent will be published this week.

Denis Donaldson was shot dead in a remote cottage near Glenties in April 2006.

The former IRA prisoner had fled there after being exposed as an MI5 and police agent four months earlier.

No one has ever been charged with the murder.

The killing remains shrouded in mystery, with allegations of collusion and cover up by the PSNI and claims that a journal the gardaí have refused to return to the family could hold clues to the identities of those involved.

There have also been claims that the Provisional IRA may have been directly or indirectly involved in the killing.

The family has alleged that PSNI officers were involved in a criminal conspiracy to deliberately expose him as an informer and create the circumstances for him to be killed.

Responsibility for the murder was claimed by the dissident republican group known as the Real IRA three years after the shooting, but the family do not accept that claim.

They suspect it was made by a police informer within the ranks of the dissident organisation who may have been involved in the shooting in a personal capacity.

The allegations have been investigated by the office of the Police Ombudsman for Northern Ireland, which in 2007 designated a complaint lodged by the family as “grave and exceptional”.

Denis Donaldson was exposed as an informer in December 2005 just days after the collapse of a court case that became known as “Stormontgate” as it involved allegations that the IRA had operated a spy ring at Stormont.

The arrests of the senior Sinn Féin official and two other men resulted in the suspension of the Stormont Assembly, but all charges were dropped when the Public Prosecution Service declared that prosecutions were “not in the public interest”.

Two days later, the 55-year-old was told by police that members of the media were about to expose him as an informer.

He then informed Sinn Féin that he had been working as an agent for the British security service MI5 as well as RUC and later PSNI Special Branch for 20 years and held a press conference where he publicly admitted his double life.

A short time later, Mr Donaldson went to live in an isolated cottage owned by the family near Glenties. He was shot dead there on 4 April, 2006, two days after his wife had returned to Belfast.

The family lodged a statement of complaint about the killing with the Police Ombudsman in November 2007.

They alleged that PSNI officers manufactured the story about his imminent exposure by the media in retaliation for the collapse of the court case and were fully aware “of the likely ramifications”.

They claim his Special Branch handler, codenamed Lenny, was at the centre of the conspiracy.

Mr Donaldson told his family that he spoke to Lenny five days after being given the police warning and was also in communication with him during his time in Glenties.

In the statement of complaint, his daughter Jane also accused the PSNI and Lenny of hindering the Garda investigation into the killing by withholding information and records about Mr Donaldson’s movements and not making the agent handler available for interview.

She alleged that “officer(s) attached to the PSNI were involved in and/or conspired to commit a criminal offence which led to the murder of my father. In addition, PSNI officer(s) failed to protect the life of my father and showed complete disregard for the safety and rights of my mother and other members of the immediate family.”

In 2010, the Police Ombudsman at the time, Al Hutchinson, declared that there had been no police misconduct and closed the inquiry.

But his successor, Dr Michael Maguire, re-opened the case in January 2013 following the revelation that Denis Donaldson had been writing a journal while living in Glenties and that it contained details of contact with a PSNI Special Branch officer.

‘Did the police do enough to protect my father’s life?’

Gardaí have refused several requests from Dr Maguire and the Donaldson family and their lawyers to return the journal, saying they would not do so for reasons of “national security”.

The current Ombudsman, Marie Anderson, will publish the findings of the long-running inquiry on Friday.

It is not known if she has interviewed the Special Branch agent handler referred to as Lenny, who the family regard as a prime suspect, or has had access to the journal.

“The critical question my family is asking remains the same – did the police do enough to protect my father’s life?” says his daughter, Jane Donaldson.

“Or did they, whether by action or omission, whether on purpose or by neglect, put his life at risk. It is in the public interest, not merely my family’s interest, to have that question answered.”

In April last year a number of high-profile public figures, including former Police Ombudsman Nuala O’Loan and the former head of the Northern Ireland Human Rights Commission Professor Monica McWilliams, wrote to the Irish government requesting a judge-led commission of inquiry into the murder.

The inquest into the killing has still not been heard after being adjourned on 25 occasions because the Garda investigation is ongoing.

For that reason, the family says it has not been able to obtain a formal death certificate because the cause of death has not yet been officially determined.

Former Sinn Féin president Gerry Adams is involved in ongoing legal action over a claim by BBC Northern Ireland’s Spotlight programme that he sanctioned the murder.

He has strenuously denied the claim and his lawyers say the BBC defamed him when it broadcast the allegations in 2016.

The BBC rejects that claim.

Report into murder of Denis Donaldson to be published this week was last modified: March 8th, 2022 by Staff Writer
Facebook0Tweet0LinkedIn0Print0
Tags:
Denis DonaldsondonegalGlenties