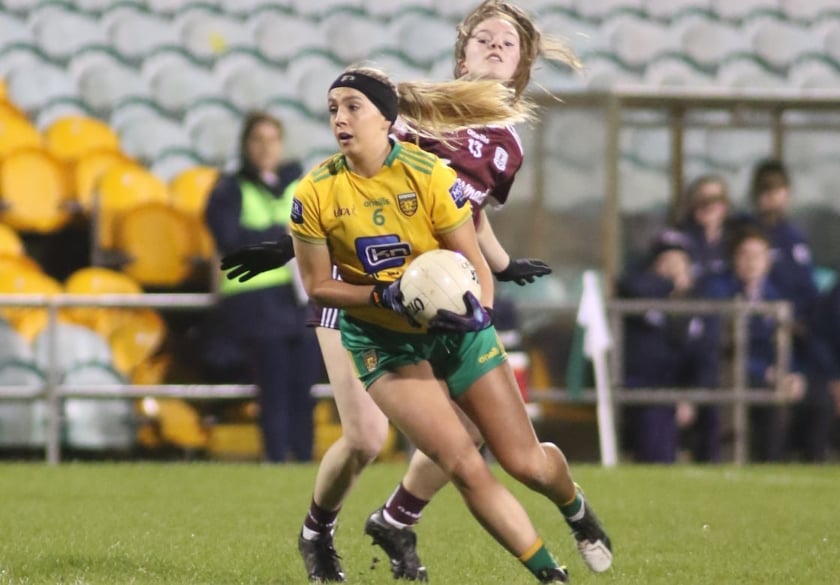 Donegal Ladies to face Dublin in semi-final after Mayo defeat

Donegal lost by a single goal to Mayo and will face Dublin in the semi-finals of the Lidl National Football League Division 1.

Sinéad Walsh and Shauna Howley scored the goals as Mayo won the group after victory over Donegal at the Connacht Centre of Excellence and will play Meath in the other semi-final.

Shelley Twohig’s first half goal got Donegal back in the game as Mayo had a strong first half to lead 2-4 to 1-2 at the break.

Yvonne Bonner was a welcome return to Maxi Curran’s side as she scored 2 points off the bench in the defeat.

Two Guthrie points brought Donegal right back into it just before the water break which left just the two points between the teams with Mayo 2-5 to 1-6 in front.

Mayo held on and kept Donegal to a single score in the final quarter as they extended their lead to win the group. The semi final ties will be played on the weekend of the 19th March.