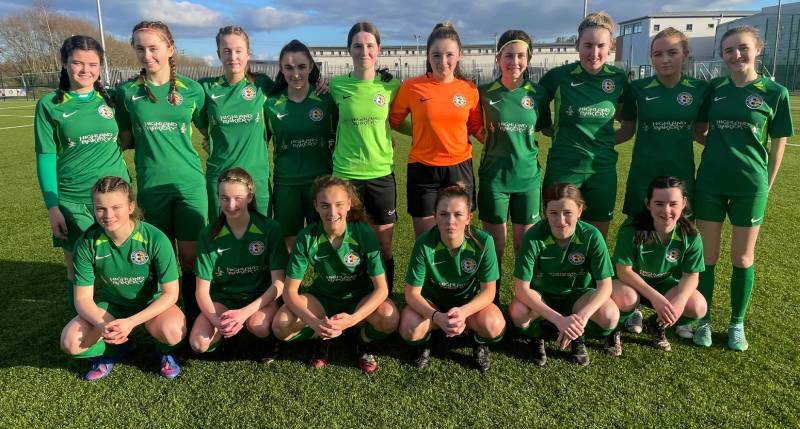 Donegal began their U-17 EA Sports National League campaign on Saturday with a 2-1 win over Peamount United.

With 20 minutes to go, Doherty’s free kick was taken down by Nicole McDaid, for debutant Orlaith Doherty to round the keeper and into the net.

Meanwhile, the U19s started their league campaign away to DLR Waves, with quite a few players unable to travel they had an uphill battle from the start.

Amber Cosgrove opened the scoring for DLR waves on 16mins.

Donegal regrouped and on 48mins, Niamh Sweeney sent a ball through into the box for the advancing run of Mollie Page, Mollie’s bravery won the penalty and Eimear Sweeney slotted the ball to the right of the keeper.

Donegal were more organised in defence and were creating good possession in attack, however DLR waves scored two more late goals one on 84mins from Robyn Bolger and the other on 92mins from Neema Nyagasi.

Next weekend the girls face Shamrock Rovers in the Letterkenny Community Centre on Sunday ay 4:30pm