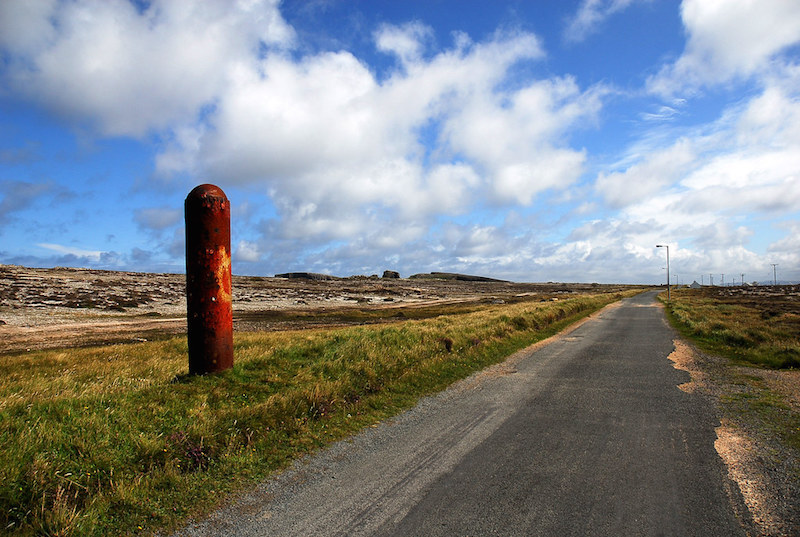 Minister for Rural and Community Development, Heather Humphreys TD, has today announced funding of €2.09 million for upgrades to island roads in Donegal.

A total of 14 road projects are being funded on Arranmore, Tory, Inisbofin and Gola island.

The announcement follows an agreement between the Department of Rural and Community Development in relation to the upgrades of various roads on Donegal islands.

To date, roads on the islands have suffered neglect because they were not under the remit of Donegal County Council and therefore did not qualify for certain funding streams.

As part of this agreement, Donegal County Council has agreed to take charge of the roads once the works are complete with 100% of the costs being incurred by the Department of Rural and Community Development.

The projects themselves include resurfacing drainage and other ancillary works on various road projects across the islands.

Minister Charlie McConalogue said “The funding announcement of over €2m and the agreement between Donegal County Council and the Department of Rural and Community Development is good news for Donegal’s islands and will help improve the infrastructure of our islands. Our islands are beautiful places and an integral part of the fabric of Donegal and we must support island infrastructure for those living on the islands.”

Deputy Joe McHugh said “I am delighted to see this funding of over €2M being allocated by my colleague Minister Heather Humphreys to fourteen roads projects across four of our Islands.”

“This is brilliant news for these island communities which will see resurfacing, drainage and other ancillary works carried out on various road projects, as well as the provision of signs and junction markings on these four islands.

“Our islands are an integral part of our heritage and culture, and these improvements will greatly benefit these communities as well as those visiting these beautiful locations,” concluded McHugh.

Councillor Michael Cholm Mac Giolla Easbuig said the allocation was very encouraging news for the islands. “It will mean so much to the people on the islands.

Cllr Mac Giolla Easbuig continued: “I’d like to recognise the comharchumainn on Thoraí, Árainn Mhór, Inis Bó Finne and Gabhla, especially Noirin Muldowney and Marjorie Uí Chearbhaill on their work on this.

“These island communities that have been neglected for generations are now starting to get recognition. There is a new generation of young people who want to return to the islands to live and work. Our roads will be in a good shape, we have the broadband, now all we need is the water infrastructure.”

These roads are currently not in charge of the local authority but form part of the everyday road network for the island communities. As the roads were not under Donegal County Council’s remit they did not qualify for funding to date under the existing scheme for island works administered by the Department.

In order for the Department to be in a position to fund these works, Donegal County Council have adopted a policy to take these roads in charge once the upgrading works have been completed.  The Department is providing 100% of the costs of these works.

Over €2M in funding to get Donegal’s islands on right road was last modified: March 9th, 2022 by Staff Writer
Facebook0Tweet0LinkedIn0Print0