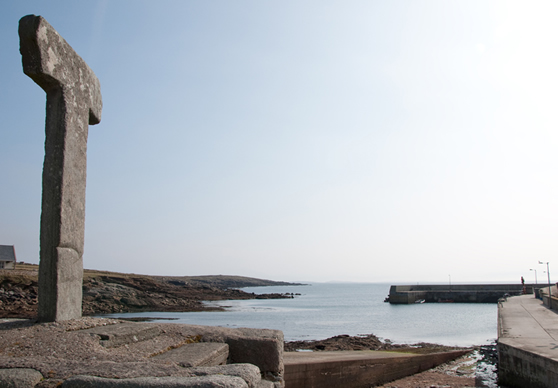 Deputy Thomas Pringle has called on the Government to include island piers and harbours in allocations from the Brexit Adjustment Reserve funding.

Addressing the Dáil, Deputy Pringle asked for a breakdown on where Ireland’s allocation would be going.

He said: “One thing I would like to press on you is need for our offshore islands to be included in that, and that they be funded significantly in terms of piers and harbours.”

The €5.4 billion Brexit Adjustment Reserve has been established to support all EU member states, with a particular focus on member states most affected by Brexit.

The European Commission will allocate €920.4 million from the reserve to Ireland, making Ireland the biggest beneficiary.
Ireland received its first tranche of the funding, €361.5 million, in December 2021.

The deputy raised the issue in the Dáil with Minister Michael McGrath during parliamentary questions to the Minister for Public Expenditure and Reform.

Deputy Pringle said funding from the reserve should be distributed in addition to the sectors’ anticipated allocations.

The deputy said: “You did mention that the Department of Marine and Fisheries will be one of the sectors that will be funded and I think that’s vitally important, but I think it’s something that should be funded additionally, rather than the current spend being put in under this.”

He said the Irish Islands Marine Resource Organisation has made a very detailed submission in terms of island infrastructure needs, adding: “I think that should be taken on board and looked at seriously.”

Deputy Pringle said: “What’s important is that the infrastructure that they rely on will be improved.”

The deputy said: “I would ask as well that you would impress on the Department the need to look at the offshore islands in terms of their funding allocations because they’re at an even bigger disadvantage, where Brexit is impacting them directly.”

Deputy Pringle said the Department must also ensure that larger fishing ports do not receive a disproportionate share of the reserve funding, saying, “I think it has to go wider than that.”

Call for island piers and harbours to be included in Brexit relief funds was last modified: March 10th, 2022 by Staff Writer
Facebook0Tweet0LinkedIn0Print0