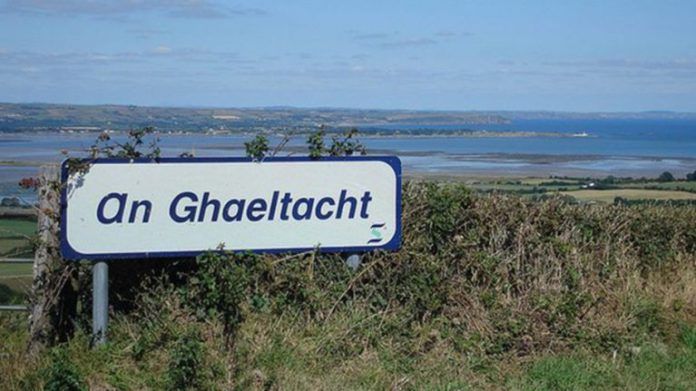 A €1 increase will be added to the daily grant for Gaeltacht families who provide accommodation for Irish College attendees this summer.

The Minister of State for the Gaeltacht and Sport, Government Chief Whip Jack Chambers T.D., announced the 10% increase today, which means that €11 instead of €10 per night per student will be payable in future under the Irish Learners’ Scheme to providers of Irish language college sector accommodation. This increase is estimated at €460,000.

Approximately 700 Gaeltacht households registered with the Department under the scheme will benefit from this increase which takes effect immediately. This is the first increase approved by the Department to the scheme grant in five years.

An increase has also been approved in the daily grant paid under the scheme in respect of attendees of the boarding colleges recognised under it – the first increase for them in ten years, together with an increase in the specific daily grant paid under the ÁRAINN Gaeltachta policies and ERASMUS Gaeltachta which offers post-primary and third level students the opportunity to spend a semester in the Gaeltacht.

The overall stated objective of this policy is to support the Irish language and the Gaeltacht in line with the objectives of the Government’s Action Plan 2018-2022 for the Irish Language.

Minister of State Chambers said: “We are all looking forward to the return of Irish language learners from all over the country to the Gaeltacht this summer. My Department’s Irish Language Scheme is of particular importance to both the Irish language and the Gaeltacht economy as it turns 50 this year. At the heart of the story are the Gaeltacht families who provide accommodation for thousands of students year after year. In recognition of this and the increase in costs incurred since 2017, it is timely to increase the grant now paid under the scheme with the colleges about to reopen. The increase that I have announced will help the approximately 700 families throughout the Gaeltacht who provide accommodation and indeed the boarding colleges that are recognised under the scheme. In addition, the increase will help all colleges to keep fees charged as low as possible and help their own efforts to recruit and retain new families.”

The increase follows the recent announcement of the recognition of courses of no less than 3 days as a one-off measure, and the establishment by the Department of five separate stabilisation funds over a two-year period to assist accommodation providers, community halls and colleges in the sector.