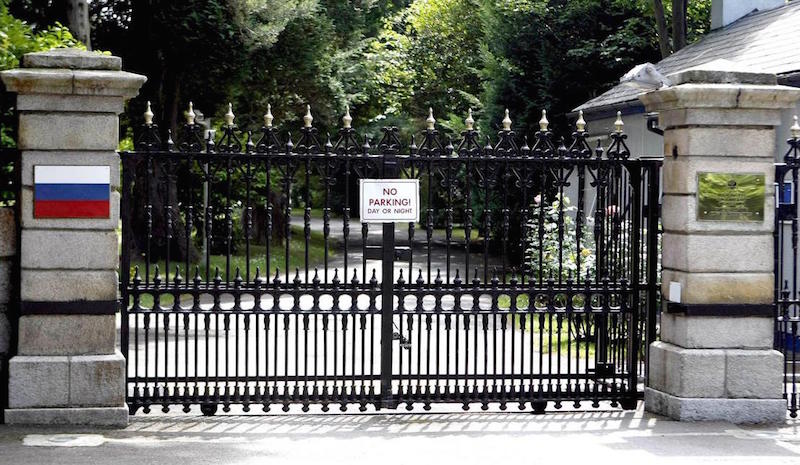 Residents living beside the Russian Embassy in Dublin are to be asked to rename their road to Independent Ukraine Road.

The proposal to change the name of upmarket Orwell Road was unanimously passed by a sub-committee of Dún Laoghaire-Rathdown County Council.

All 20 councillors at the Dundrum area monthly meeting of Dún Laoghaire-Rathdown County Council agreed that the name of the road should be changed.

The motion, proposed by Labour’s Cllr Peter O’Brien, was inspired by countries including Latvia, Lithuania, Norway and Albania that have changed the names of the street where their Russian embassies are located to associate them with Ukraine.

Cllr O’Brien said the name change was intended as a “gesture of solidarity” with the Ukrainian people.

“If the war ended in the morning, I’d be delighted to drop the proposal,” he said.

Cllr O’Brien said the impetus to change the names of streets usually came from residents and not councillors.

He said the councillors had considered naming it Ukraine Road, but the country might be known as that even if it was permanently annexed by Russia, so the point was to call it Independent Ukraine Road.

“If the Russians continue their occupation, the name Ukraine Road, it will mean nothing to them, but it might every time they receive correspondence to Independent Ukraine Road.”