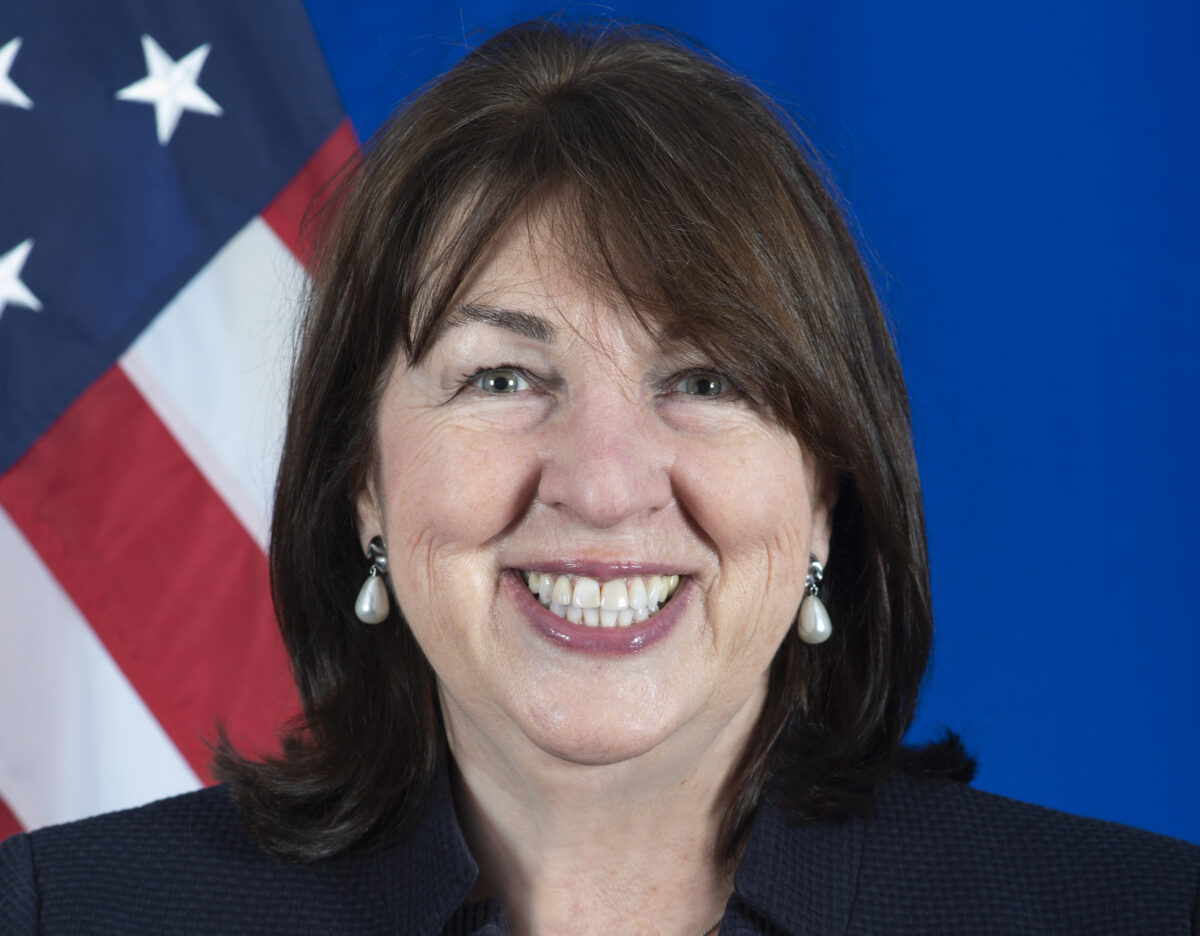 US Ambassador ‘can’t wait’ to research McLaughlin connections in Donegal

The new United States Ambassador to Ireland says she is excited to visit Inishowen and research her family roots.

Claire D. Cronin, whose maiden name is Mc Laughlin, is already embracing her new role after being sworn in in January 2022.

And some of her future plans include tracing her family history back to Donegal.

The Massachusetts native told The Ryan Tubridy Show that her grandfather on her father’s side hails from the Moville/Greencastle area of the peninsula.

“I have not been there yet, my brother has been to try to find our family roots, but I am really looking forward to making it,” Ambassador Cronin said.

Ambassador Cronin’s father, James Daniel McLaughlin, is the son of Hugh McLaughlin and Mary A. Lappin (from England), both immigrants, who married in Manhattan in 1915.

When Tubridy suggested that she ask her staff to research the right door to knock on, she said she hoped to get a pleasant person on the other side.

Ambassador Cronin was appointed to be United States Ambassador to Ireland by President Joe Biden last year. Now that she has moved to the Deerfield Residence at Phoenix Park, she said she wants to travel around as many Irish towns and villages as possible. “I want to go to places that Ambassadors typically don’t go,” she said. “I want to meet people who don’t typically find themselves meeting the US Ambassador.” As part of that goal, she said she wants to find the smallest town in Ireland and meet the locals.

Ambassador Cronin, a former lawyer and Chair of the Judiciary, said she wants to focus her work in Ireland on increasing trade and investment and strengthing the already robust relationship between Ireland and US.