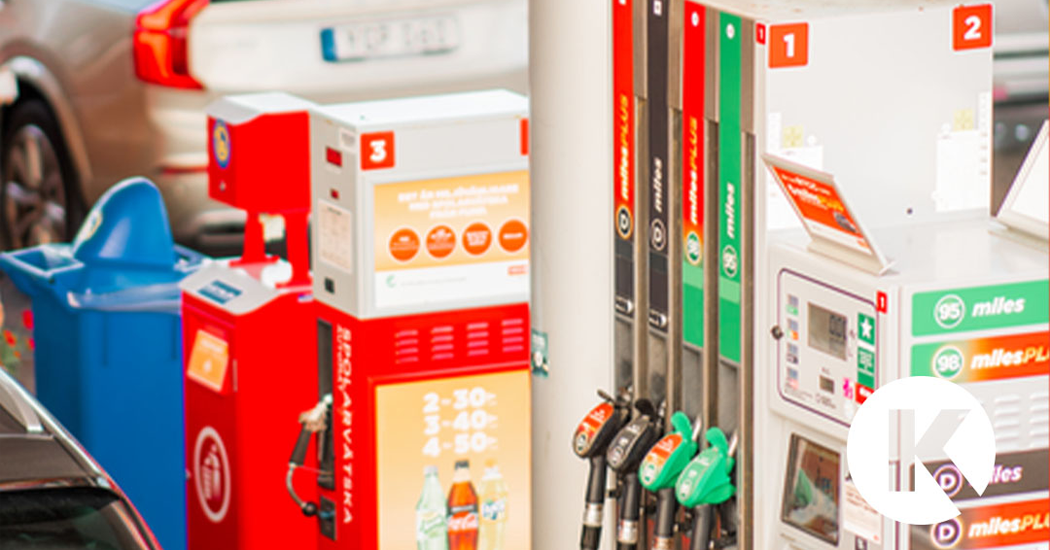 The owner of a leading border petrol station has set out to explain why fuel prices remain at peak highs after the excise duty cut.

TJ Hughes, owner of Circle K Ballyshannon, said retailers could not possibly lower prices if they bought their latest loads of fuel before Thursday.

“The abuse we have received was scandalous,” Mr Hughes said yesterday.

However, for some forecourt owners, it will take time before they can pass the reduction on to customers.

Mr Hughes explained that his business would take a loss of €10,000 if they placed the government’s reduction on their latest load of diesel, which they purchased before the cut on Wednesday morning.

Mr Hughes shared a graph with customers showing the fluctuating costs. He said the prices are excluding haulage, retailer margin and 23%vat.

“The red circle is where we last bought, blue circle is peak price on Wednesday morning and green circle shows the duty decrease.

“Duty is charged the day that it is bought. Therefore most service stations are already stocked to avoid the price at the blue circle. Those who bought in blue circle would have had to sell at €2.20 to break even.” 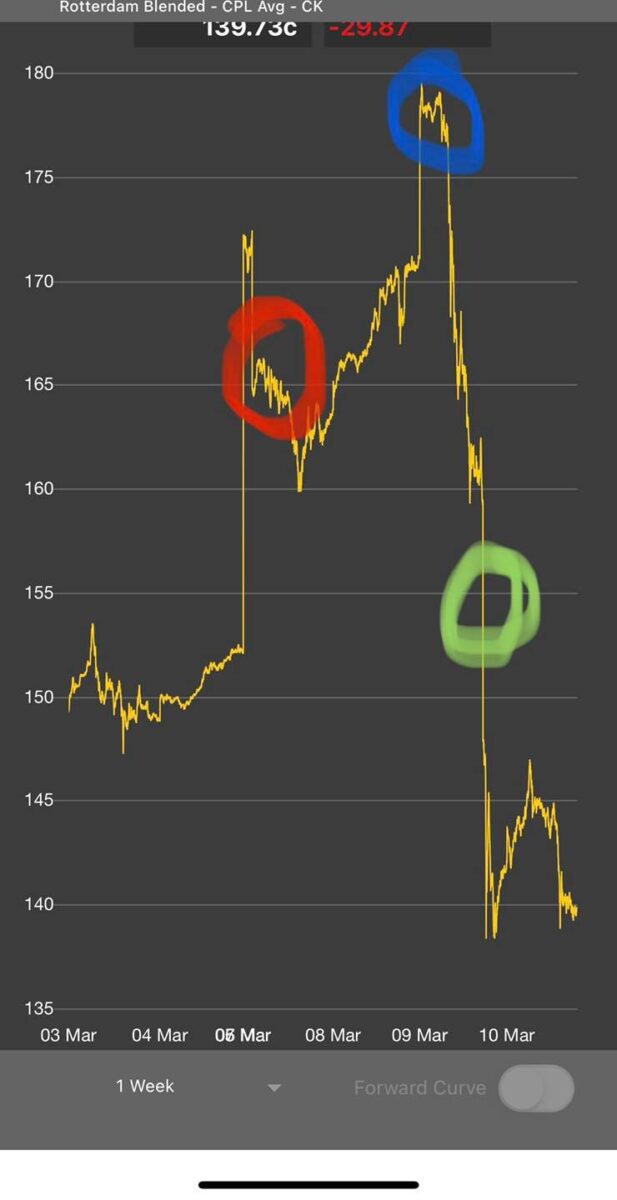 Mr Hughes explained: “The graph I have shown explains the situation in detail and how some retailers that bought on Tuesday or Wednesday rose to 2.19.

“I feel for these sites as I know a few sites that got loads Wednesday that wouldn’t sell that load in two weeks. For these retailers to match they will have to take a loss of €10,000 on that load. That could be several months’ profits for these sites.

“The government gave no prior warning to allow sites to reduce stocks at higher price.

“The government have now managed to deflect blame onto the fuel retailers. Yet had over €1 of tax on fuel per litre.

“The next issue that needs resolved very quickly is home heating oil.”

Mr Hughes told his customers that while he appreciates everyone’s frustrations, there is a silver lining to the current crisis.

“Good news is next week as things stand we will see further reductions than just the duty drop. We hope people understand.”

A statement from Circle K also set out to clarify customers’ concerns on Thursday: “Our prices are set in line with local and international wholesale market costs. We adhere to this process anytime there are price changes.

“Petrol and diesel price changes that were made yesterday were unrelated to the government’s announcement that the excise duty would be reduced for the coming months.”

“The government’s reduction in excise duty on prices are reflected across our company owned network. However, wholesale market costs continue to fluctuate daily, and it is likely that despite certain amounts of government support we will continue to see pressure on prices in the coming weeks.”