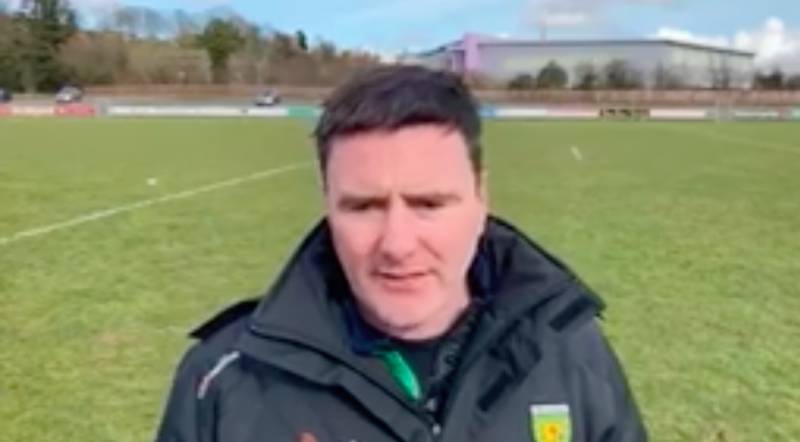 Watch: Great to get silverware but all eyes on championship for Gary Duffy

Gary Duffy was delighted Donegal under-20 side could add silverware as they look forward to the beginning of the 2022 Eirgrid Ulster GAA Football U20 Championship.

Donegal defeated Tyrone 2-10 to 1-6 in the final of the Leo Murphy Cup.

Donegal outscored their opponents with points but goals from Kealan Dunleavy and Bobby McGettigan sealed the victory for Gary Duffy’s side.

Duffy said: “The goal gave us a good push on to see out the game and it came at the right time because we were under the cosh.”

With 4 victories from 4 tough games, Duffy is delighted to get competitive action before the championship begins next month.

He added: “That’s what the development league is about, it’s great to have silverware at the end of it but it’s about competitive football to get us ready for the championship.”

Donegal face Armagh in the first game of the Championship on 1st April in Ballybofey.

Watch: Great to get silverware but all eyes on championship for Gary Duffy was last modified: March 12th, 2022 by Staff Writer
Facebook0Tweet0LinkedIn0Print0