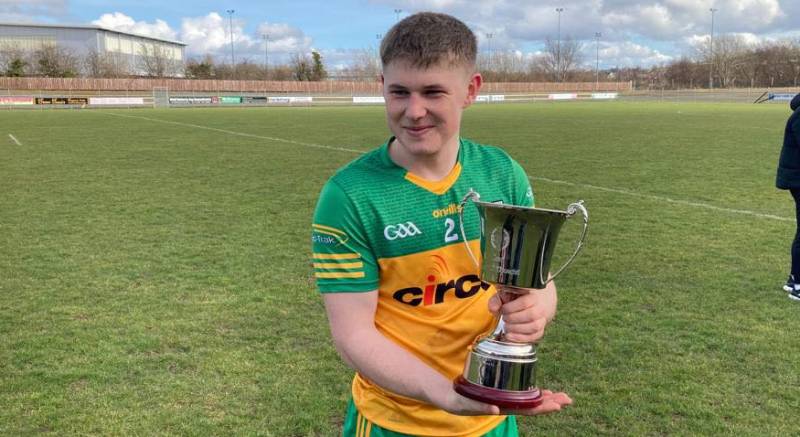 Kieran Tobin says it’s great to have tough games instead of friendlies at the early stage of the season as Donegal under-20s prepare for championship action.

The Donegal under-20 captain also praised the strength and depth of the side as Donegal won 2-10 to 1-6 against Tyrone in the Leo Murphy Cup final.

Tobin said: “It’s a great start to the year to get a bit of silverware but throughout the whole campaign we’ve played 4 games and we’ve got over the line in all of them.”

“Up until today we’ve used about 27 boys and it showed today the strength in the panel.

“There’s 20-25 boys really pushing hard, this year there’s boys pushing in training and it brings a headache to Gary but it’s a good headache.”

The captain also was glad to get the competitive edge brought back with the cup competition as they build towards the championship.

“Looking back on last year it probably didn’t help us that we were only playing friendlies, it’s hard to get yourself up for them, now this year we’ve got 3 really good games and a test against a team that’s gonna be there or thereabouts come the championship so it’s a massive boost for us.”