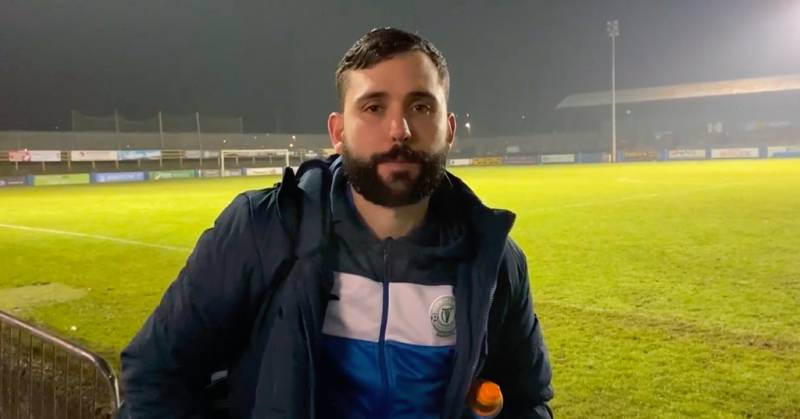 Watch: Webster looking to bounce back in NW Derby against Sligo Rovers

Finn Harps captain David Webster was left frustrated with his sides 2-0 loss to St. Patrick’s Athletic but says there’s no place to hide on Monday night.

“We had a couple of chances at 0-0 but if you don’t put the ball into the net you get punished.”

“We can’t fault anybody for the effort we’ve been putting in, it’s been second to none, but we need to tidy up on the sloppiness for the goals we’ve been conceding.”

Harps travel to high flying Sligo Rovers on Monday night in a North West Derby but the captain is relishing the match.

“Sligo are flying, it’s a tough place to go at the best of times but the form they’re in it’s going to be a really tough game but it’s a great one for us to go into going off the back of a result like that tonight, to go straight into a derby there’ll be no hiding places.”