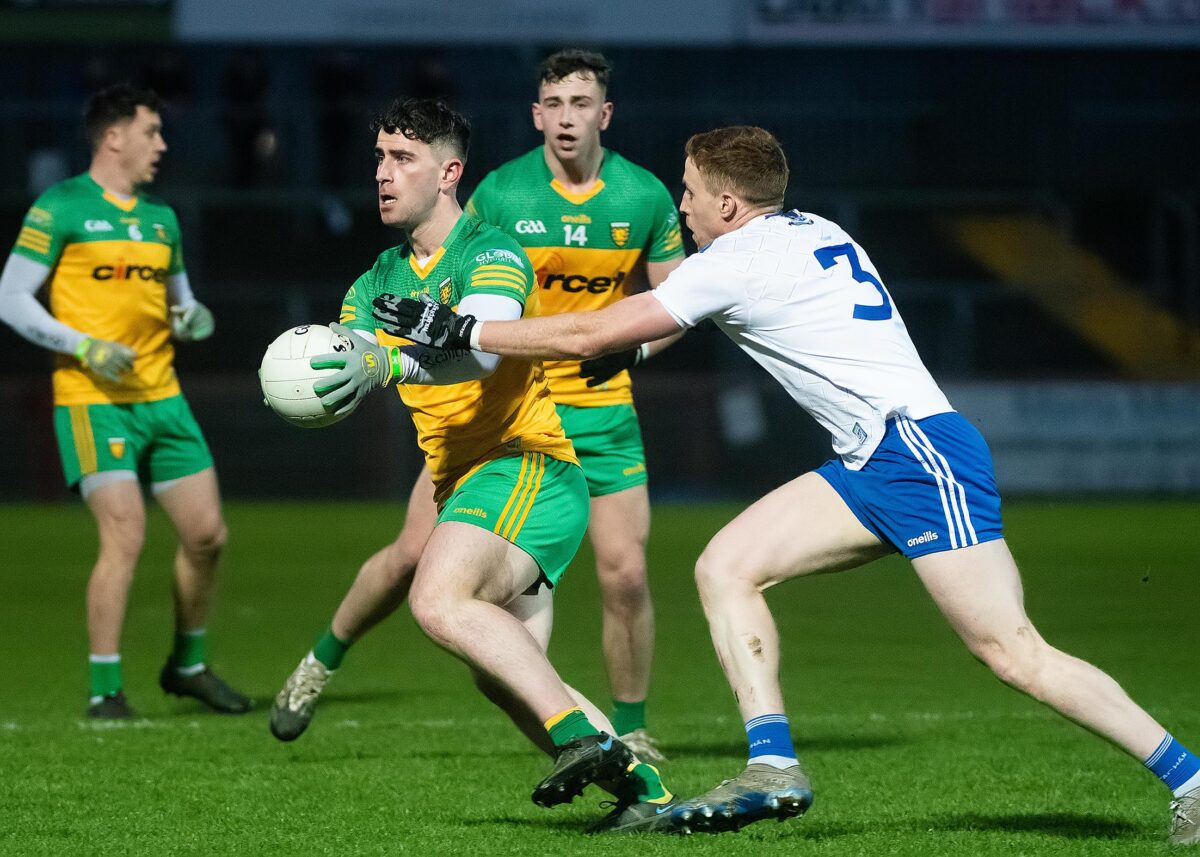 First league defeat in Ballybofey since 2010 for Donegal

Donegal suffered their first league defeat in Ballybofey in twelve years at the hands of Monaghan today in MacCumhaill Park.

Donegal lost their impressive MacCumhaill Park record in which they’ve held since 2010 in the league, with other losses coming against Down in the championship in 2010, and Tyrone in the Super Eights in 2018.

An Andrew Woods goal in the first fifteen minutes gave Monaghan the impetus to push on and had a 7 point lead at half-time.

Donegal tried to mount a comeback but Monaghan were clinical with their chances as they broke Declan Bonner’s sides record.

Conor McManus was ruthless with his free taking as he pointed three in the first half while Rory Beggan and Woods scored frees and Dessie Ward and Conor McCarthy points from play gave Monaghan a great opening half.

A McManus point attempt from play fell to Andrew Woods and the Monaghan man picked up the ball and slotted past Shaun Patton to give Monaghan a valuable goal and a lead to hang on to.

Michael Murphy came on for Ciaran Thompson early on and got Donegals third point with a quality score.

Three McBrearty frees, one just before half time, saw the score 0-4 to 1-7

Aaron Doherty, McBrearty, and Jason McGeee all scored points as Donegal rallied but Kieran Duffy replied with an impressive kick.

Ethan O’Donnell went through on goal but Beggan was equal to his strike and Shaun Patton hit the resulting 45 wide.

McBrearty and Murphy scored frees as Donegal closed the gap to 2 points with 10 minutes to go.

Shaun Patton made a superb save as Monaghan looked for a second goal to kill the game but  Shane Hanratty scored a brilliant point as Monaghan continued to control the game.

A Murphy free looked to give Declan Bonner’s side a lifeline but Monaghan slowed the game down and a smart McManus mark in added time gave them the 5 point win of 1-12 to 0-10.

Donegal stay 4th with 5 points from 5 games while Monaghan rise to 5th after their first win of the campaign.

Declan Bonner’s side travel to Croke Park next Sunday before they host Armagh in Letterkenny.