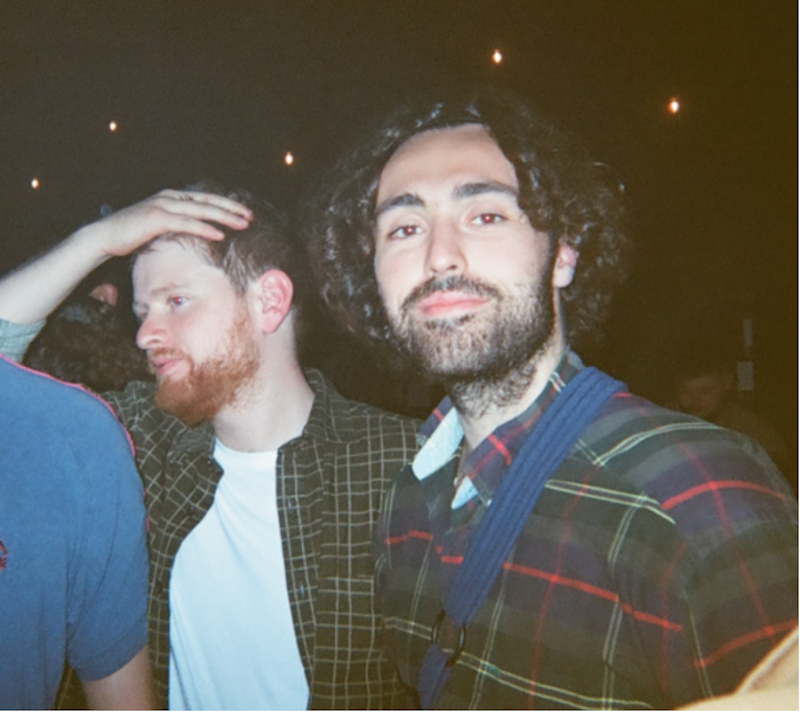 A Donegal man’s band has been selected as the prestigious ‘Track of the Day’ in this week’s edition of Hot Press.

Glenfin native Lorcan Donnellan (picured above on right) and his friend Kevin Gunnigan from Mayo perform as ‘Mortellos’, having first met at college in Galway eight years ago.

Now based in London, the two-piece electro/indie band Martellos have unveiled their catchy debut single, ‘Card Tricks’ – exploring the theatrics of house parties.

“The song ‘Card Tricks’ descriptively describes a nondescript HP and the theatre there within. Gleann Fhinne (Glenfin) even gets a mention,” the former St Columba’s College student revealed.

Kevin (guitar, and electronic elements) and Lorcan (guitar, vocals and lyrics) make use of their respective talents by modernising the classic indie 2000s bangers, adding clever synths and beats for infectious 2022 jams.

Lorcan has also managed to draw influence from literary figures like James Joyce and Jack Kerouac, adding layers to his style of lyricism.

In this vein, the ways in which we morph and change our personalities depending on the social setting is examined in the erudite track.

Ever-changing masks led Martellos to compare parties to plays for its connection to acting, mood swings and code switching.

This eclectic and somewhat esoteric combination of influences is what helps create an earworm sound with a certain depth.

“Each scene consists of a different sequence of events with different characters all under the same roof. The theatre of a house party is a recurring motif in the song. This motif was worked in to draw attention to the light-acting many undertake in general social situations and specifically at parties. The idea that people act and are perceived very differently to how they truly are is shown through several instances in the song.”

The verses are broken up by a melodic synth riff before a stripped back breakdown propels the listener into the outro.

If ‘505’ by the Arctic Monkeys is still on your playlist, despite the song landing in 2007, then Martellos should be on your radar.

The Mayo and Donegal-raised pair are currently living together in London, gearing up to share even more music with the world.