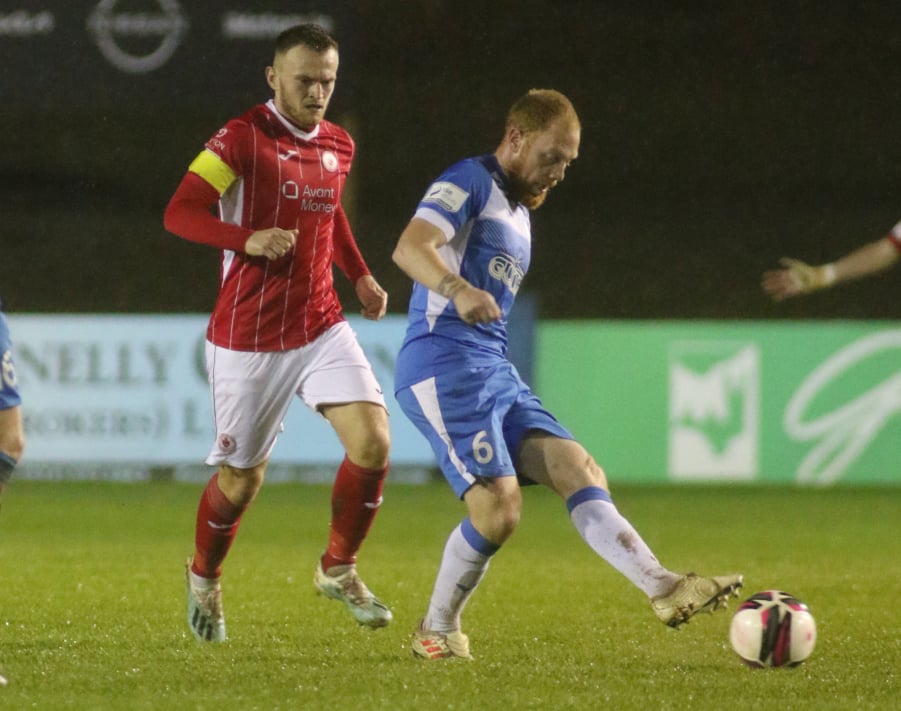 A look back on the 2021 NW Derbies vs Sligo Rovers

As Finn Harps travel to the Showgrounds tonight, we’ve taken a look at previous meetings between the two sides in what should be another classic North West Derby.

After a terrible start for Finn Harps with Kosovar Sadiki sent off inside 5 minutes, the home fans feared the worst.

Harps kept it tight and went into half-time at 0-0, with Mark Anthony McGinley saving a penalty from Johnny Kenny.

The Celtic striker hit his penalty down the middle and despite diving to his left, McGinley kept the ball out with his feet.

Ollie Horgan’s side would have wanted to keep it tight in the second half but just two minutes after the restart Kenny got his goal.

Less than 10 minutes later it was 2-0 as the ball fell to Niall Morahan from a corner and the defender smashed the ball into the bottom corner from the edge of the box.

Harps were given a lifeline in the 85th minute as Séan Boyd headed home from a Jordan Mustoe corner.

Harps piled on the pressure and in the 93rd minute, it paid off. A long ball came to Ethan Boyle at the back post and he looked up and played the ball to fellow substitute Karl O’Sullivan who turned and smashed the ball low into the far corner, sending Finn Park wild.

Kosovar Sadiki may have been the villain in the most recent meeting, but he was the hero at the Showgrounds this night.

The big defender raced on to the end of Karl O’Sullivans free kick to head home the only goal of the game.

It’s the big centre back’s first goal for the club! 😎

Sligo weren’t going down without a fight and forced Mark Anthony McGinley into one of the saves of the season in the 94th minute from Mark Byrne.

After a corner was swung in, the ball fell to Byrne inside the 6-yard box but McGinley reacted quickly and somehow kept his side ahead as they held on for a 1-0 win.

Mark Anthony McGinley with the save of the season for Finn Harps in Sligo last night 🔥pic.twitter.com/IzaJ9fLe6j

This game flew straight into action with two goals in the opening 7 minutes.

The visitors took the lead after 6 minutes when Romeo Parkes tapped home from a corner after McGinley failed to clear. The lead didn’t last long as within a minute Harps were level through Tunde Owolabi.

It was the strikers first goal for the club in a season where he would finish as top goal scorer.

Harps were behind again on the hour mark when Lewis Banks volleyed home from another corner, leaving Horgan distraught. Two minutes later Harps had a man advantage when Parkes clashed with Sadiki and the Sligo striker was given a straight red.

Harps couldn’t make the man advantage count however, and the visitors took all three points home.

Harps travelled to the Showgrounds in what would be their first defeat of the 2021 season after a flying start.

McGinley, who proved his worth in the second visit to the Showgrounds of the season, probably felt he had something to prove that day after his mistake in this game.

The Harps keeper thought he had more time on the ball but 17-year-old Johnny Kenny raced in and stole the ball from him and slotted into the open net for his first senior goal.

McGinley made some terrific saves after the error and kept Harps in the game but the away team rarely threatened Ed McGinty’s goal as Harps suffered their first defeat in the 5th game of the season.

A look back on the 2021 NW Derbies vs Sligo Rovers was last modified: March 14th, 2022 by Dáire Bonnar
Facebook0Tweet0LinkedIn0Print0