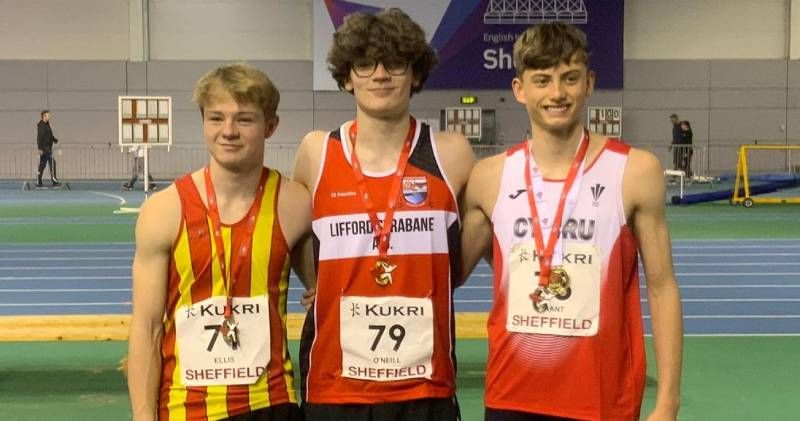 Lifford-Strabane AC athlete Finn O’Neill won the Under-17 Mens heptathlon at the weekend in Sheffield.

Finn came out on top at the English U17 Multi Events Championships with an impressive 4,902 points, winning by nearly 600 points ahead of Welsh athlete Iolo Grant in second.

The all-round consistent performance from Finn was what proved crucial on his way to victory, as he finished in the top 5 of all 7 events he competed in.

A remarkable 8.27 in the 60m hurdles, the fourth fastest time in the UK this year, gave him a massive win as he inched closer to glory.