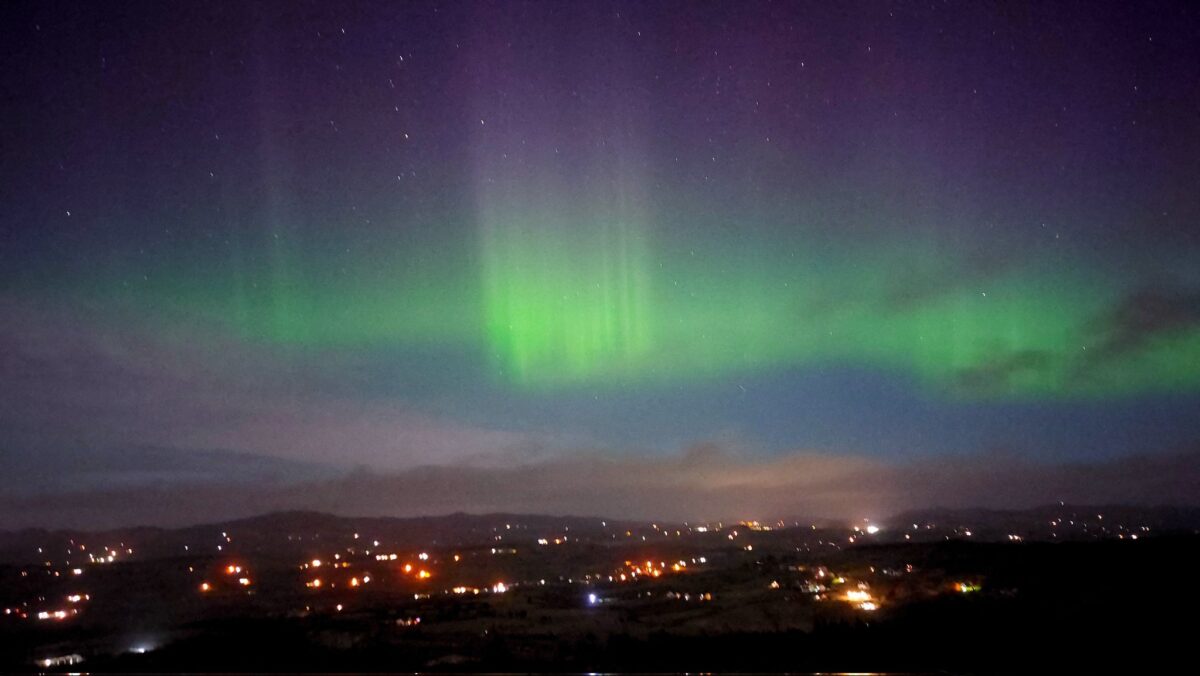 Stunning Aurora photographed over Letterkenny – did you see it?

The aurora borealis display is not often visible over built-up areas, but Daragh McDonough from Donegal Maps was lucky to be in the right place at the right time. He caught a break in the cloud cover to photograph the green pillars over the town.

#Aurora from Letterkenny tonight. Luckily got a break in the cloud cover at the right time. #LoveDonegal pic.twitter.com/HSmFCuOB9W

The dancing lights are a rare treat for Donegal skywatchers, as they only appear this far south of the northern hemisphere when strong geomagnetic storms occur. Geomagnetic storms are disturbances in Earth’s magnetic field that can result in many hours of vibrant auroras both at high latitudes and low latitudes.

And there’s a good chance of another display tonight, according to the space weather forecast from the Met Office in the UK.

The forecast reads: “There is a chance of enhancements to the auroral oval at times during 13th and 14th March as a result of two Coronal Mass Ejections (CMEs) and a coronal hole high-speed stream arriving at Earth.

“Aurora sightings are likely at high latitudes under clear skies and may be possible as far south as northern England and Northern Ireland.”

In Donegal, the lights can usually be seen best from the north coast, which has the advantage of facing the clear Atlantic and being furthest away from lit-up areas. The advice is to look for a glow in the north. The amazing scenes can be visible to the naked eye as a glow on the northern horizon, and with the right camera settings, the colour can be picked up with stunning results.

Stunning Aurora photographed over Letterkenny – did you see it? was last modified: March 14th, 2022 by Rachel McLaughlin
Facebook0Tweet0LinkedIn0Print0