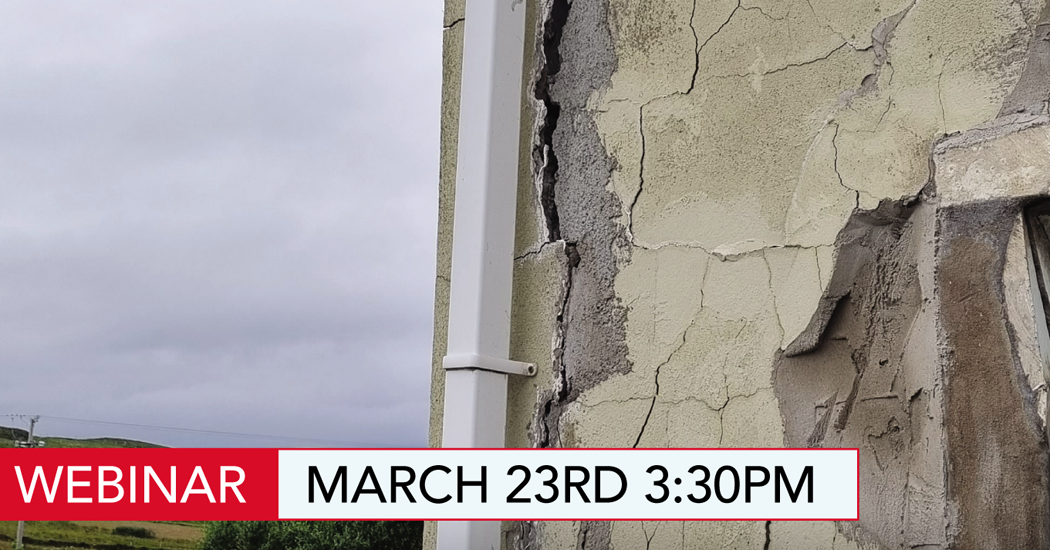 A first-ever meeting of Ireland, Swiss, USA and Canadian experts on defective concrete/concrete products is to take place next week.

The international workshop will bring together homeowners and stakeholders who are affected by or are involved in researching defective concrete in Ireland, Switzerland, USA and Canada.

The event, organised by The Left in the European Parliament, will be open to the public on Wednesday March 23rd 3:30 – 6:30 (Dublin time zone).

Delegates will provide an international perspective on the problems associated with defective concrete in each country and how it is being addressed in the different regions. There will be presentations from affected homeowners and also from scientists and engineers with a track record of researching defective concrete and working with national bodies to improve standards of concrete manufacturing.

Thousands of Irish homes have been built with defective building blocks loaded with excessive amounts of naturally occurring minerals known as Mica and Pyrite.

Homes that are now crumbling. Affected families are still waiting for justice.

How did the blocks get to market and why regulations were not enforced when the problem came to light years ago? Blocks containing above 1% mica are deemed unsafe. Samples show as much as 57% of mica in them.

Government offers of compensation still force families to pay significant amounts of money that they cannot afford. Questions also remain on whether sufficient changes have been implemented so similar problems do not occur in the future.

Join the workshop on 23 March to debate the problem and explore long-term solutions and a path to justice for the victims. The webinar is accessible for the public to listen live online, the link will be available through – www.left.eu

“The Left stands in solidarity with those affected by the Mica and Pyrite homeless crisis!” 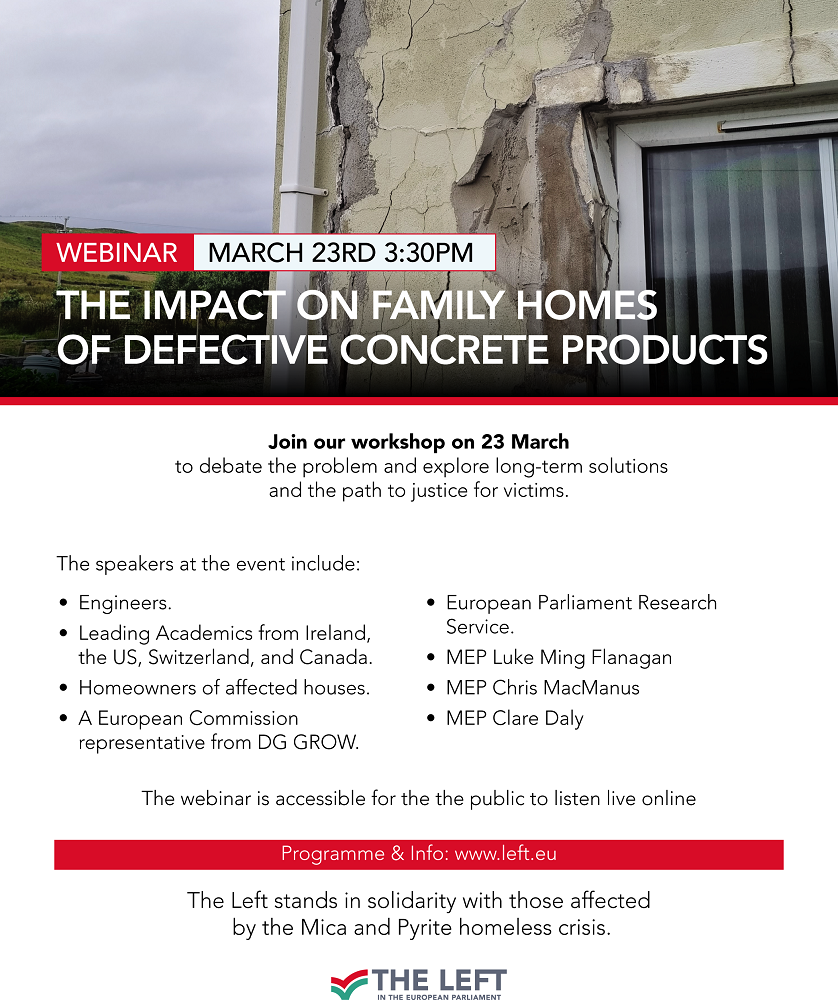