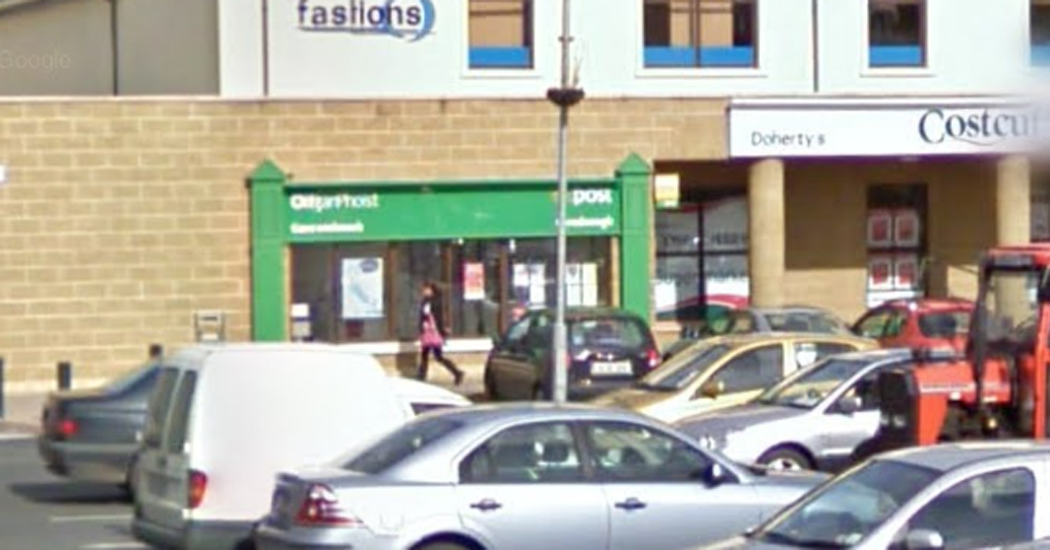 Gardaí have released a description of an offender who allegedly caused significant damage to the Carndonagh Post Office last weekend.

The incident occurred in the early hours of Saturday 12th March, between 3.08am and 4.50am. The man was in the area for some time.

He is described as being between 5ft 6in and 5ft 10in, of a stocky build, possibly wearing glasses. He was wearing a light grey hoodie, with a dark jacket over the hoodie, jeans and runners with white markings and white soles.

Gardaí traced the man’s movements approaching the post office from the nearby filling station, and leaving in the direction of the Diamond in Carndonagh at 4.50am.

An appeal has been made for anyone who witnessed the man in question or who has dashcam footage from the town between 2.30am and 5.30am to contact Buncrana Garda Station at (074) 932 0540