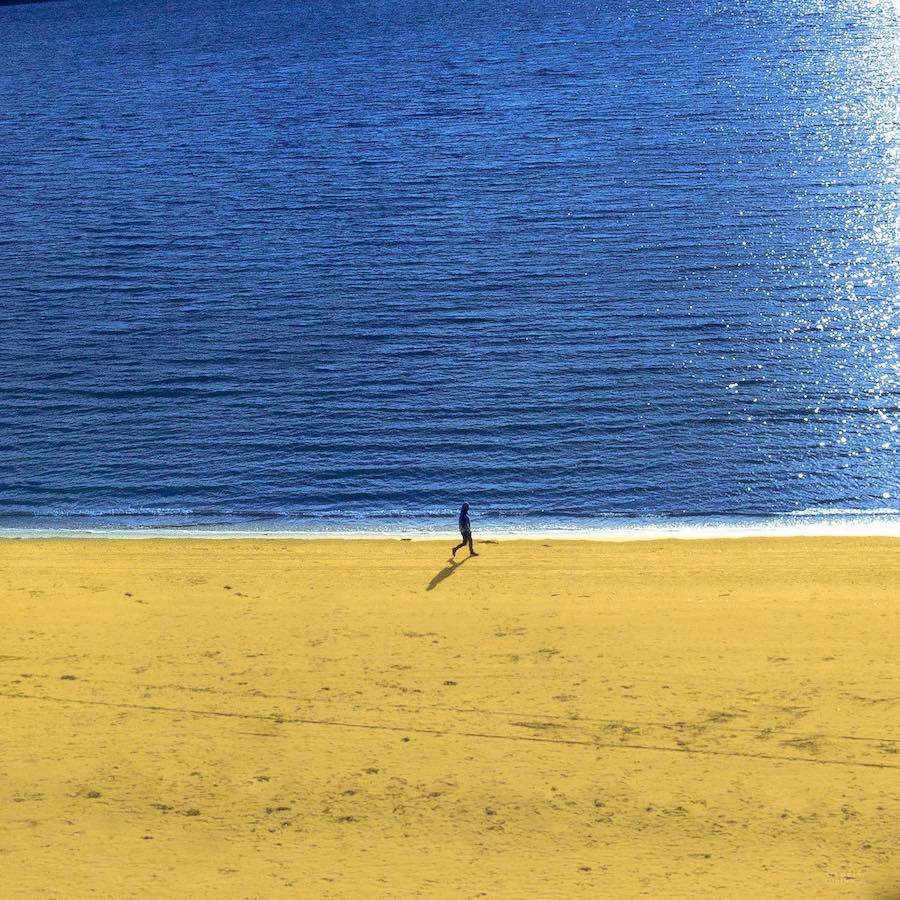 A striking photograph of a lone walker on a famous Donegal beach, with the colours of the Ukrainian flag as its backdrop, has gone viral.

She captured the snap of a solitary walker on Downings beach and posted it on several of her social media platforms, with the hashtags #ukraine and #stopthewar.

The juxtaposition of the blue sea and yellow sand – the same colours and format of the flag of Ukraine – struck a chord with thousands of people around the world.

Within days of posting the picture, it had been shared over 7,000 times on Facebook and had amassed around 40,000 likes on the Donegal Has It All page.

Debbie has since been contacted by people from all over the world, including Ukraine, thanking her for her visual support.

The mother-of-three, who works as a business consultant for BT, explained how the picture came about.

“We have friends in Downings and go there quite a bit. On that particular day, the light was amazing as we were coming out of the Harbour Bar to head back down the road,” she told the Belfast Telegraph.

“I looked down at the beach and saw a lone person walking along. There was just something so poignant about the image and the striking colours of the blue sea and yellow sand that I had to capture the moment using my zoom lens.

“Like everyone, I’ve been watching the news of the war in Ukraine and have been so moved by it all and wanted to use the photograph to highlight the message that it needs to stop.

“I don’t use Photoshop at all and I don’t use composites. All I did with the picture was remove the distractions around the edges like the dirt spots and enhance the colour a bit. I added nothing else in – the picture speaks for itself.”

After posting it on her own Facebook pages, under her name and Cavehill Photography, the image immediately began to create quite a buzz.

Likewise, on Instagram, the photograph attracted a lot of attention.

But when tourism page Donegal Has It All shared it, with the caption ‘Mother Nature in Downings this week…… showing whose side she’s on’, it took on a life of its own.

Read the full story here on the Belfast Telegraph website.