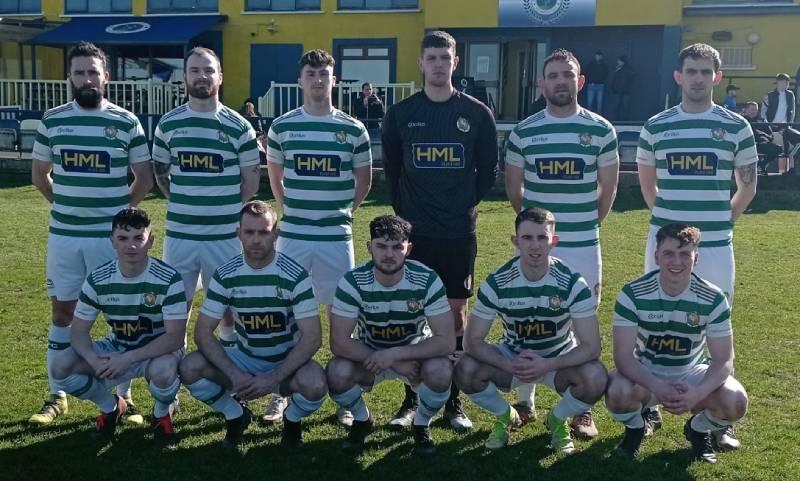 Cockhill Celtic exited the FAI Intermediate Cup today at the quarter final stage after a 3-1 defeat away to Bluebell Utd in Dublin.

Cockhill started brightly, making the early running, before falling behind to a counter attack goal from Noeem Adekunle on 22mins.

After an even period it was 2-0 just before half-time when Jamie Kelly doubled the Leinster Senior League sides lead.

A Garbhan Friel header in first half added time gave Cockhill team hope going in to half time.

Bluebell added a third through Adekunle again on the counter attack on 60 mins.

Cockhill spurned a great chance to make it 3-2 the deficit when Corey McBride saw his penalty saved by Ernest Lemantovic.

When the resultant corner was tipped onto the bar and Peter Doherty had an effort cleared off the line, it was apparent it wasn’t to be for Gavin Cullen’s team despite their best efforts.

Cockhill can still win Intermediate silverware this year as they face fellow Donegal side Bonagee United in the semi-final of the North West of Ulster Intermediate Cup. The game is to be played next weekend.