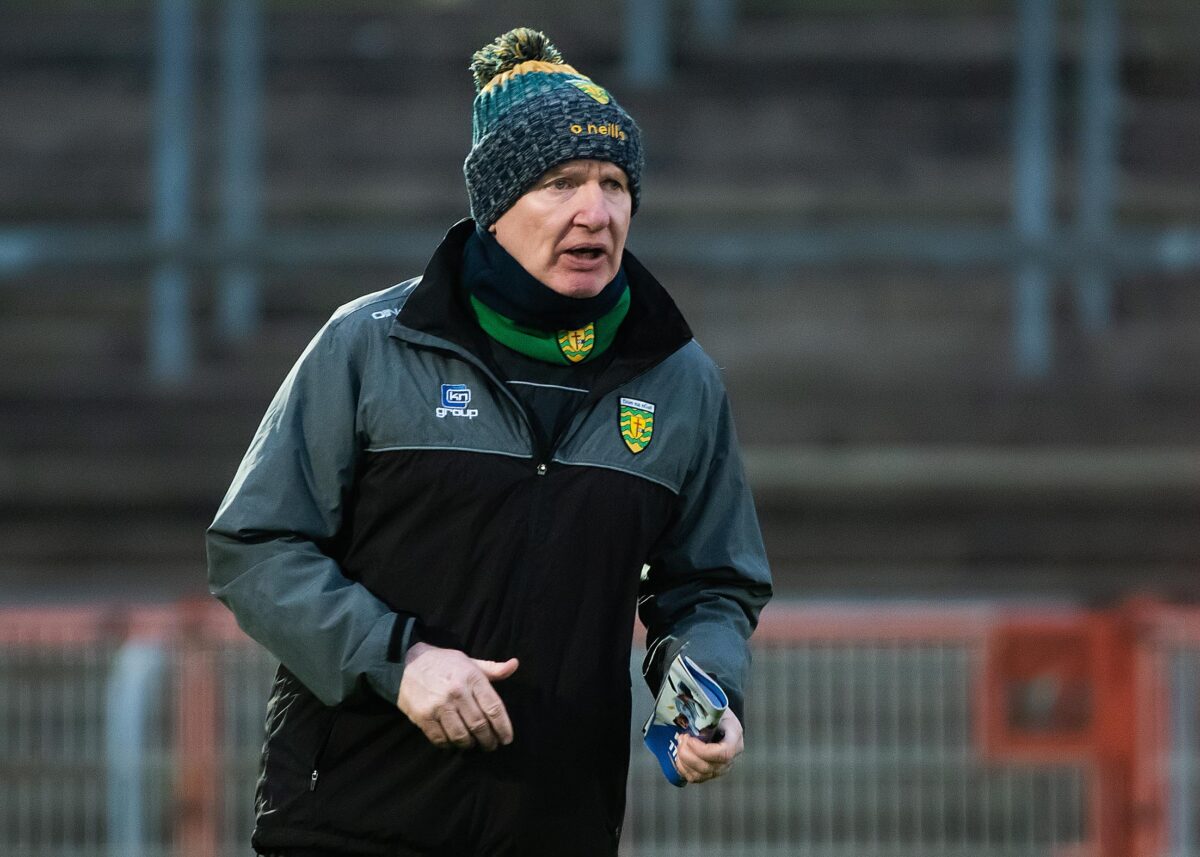 Donegal lost out to Dublin as they face what may be a must win final game against Armagh to stay up in Division 1 of the National Football League.

A disappointing middle third of the game in which Donegal kicked 7 wides in that time saw Donegal relinquish a 5 point lead at Croke Park.

A late Dean Rock penalty confirmed the win for the hosts while Patrick McBrearty and Michael Murphy scored a goal in either half.

Cormac Costello got the opening scoring after a couple of minutes but Patrick McBrearty quickly levelled, both from play

Dean Rock gave Dublin the lead again with a great score from play but the other Kilcar man got Donegal back on terms as Ryan McHugh pointed.

McBrearty was fortunate with a kick for a point that went over Michael Shiel and in off the post into the back of the net.

A Michael Murphy free followed by another McBrearty score from play gave Donegal a 5 point lead.

Cormac Costello replied after Dublin had a good goal chance that was saved by Shaun Patton.

After 20 minutes Dublin were right back in it as Tom Lahiff found Niall Scully who finished well into the bottom corner.

Donegal seemed to be rocked by that score as Aaron Doherty scored what would be their last point for the half at the other end to make it 1-5 to 1-3.

A Rock free and two great scores from play by Brian Howard had the Dublin side ahead and Brian Fenton made it a two point lead with another score from play.

A couple of wides early in the second half fro Donegal made it look worrying for Declan Bonner’s side as they spurned chances much like at the end of the first half.

Conor O’Donnell got Donegal’s first score for over 20 minutes and Rock replied with a free that agonisingly went over the bar with Patton getting a touch.

Costello got a third point from play and Howard fisted over but Donegal replied with a goal.

A Ryan McHugh long ball was played in towards Murphy who rose highest ahead of two Dublin players, including keeper Michael Shiel and punched into the net to make it 1-11 to 2-6.

Bugler and McBrearty traded points as Donegal looked to find a way back into the game with 15 minutes remaining but Rock was consistent with his kicking and scored a 4th point and his second from play.

Brendan McCole saved a certain goal with a last gap block and McBrearty went up the other end and scored a great point as Donegal stayed two points behind.

Rock scored another free and Fenton pointed from play as Donegal were looking to need a goal for any chance of a comeback.

A first McBrearty free gave Donegal a lifeline but Dublin looked content on holding on to the ball until Donegal put on the pressure.

As they did, Dublin went up the the end and smartly won a penalty which Dean Rock smashed in off the bar into the top corner to end the game as a contest as Conor O’Donnell and McBrearty scored consolation points.

The loss leaves Donegal on 5 points with Kildare who face second placed Mayo, and Tyrone, who face finalists Kerry in their last game.

Dublin face Monaghan with both sides on 4 points knowing they will need a win.

As it stands, five teams are in danger of relegation next weekend in the final game.