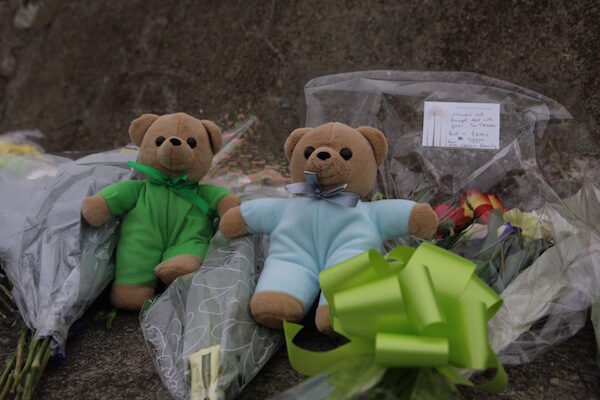 Prayers are being said in churches in Inishowen and Derry this morning to mark the sixth anniversary of the Buncrana pier tragedy.

While floral tributes are often left at the scene, Covid-19 has restricted public commemorations as Louise James and her daughter, Ríoghnach, mark today’s sixth anniversary of the day when they almost lost their entire family.

As the car sank in Lough Swilly, Mr McGrotty managed to pass his baby daughter out to Kerrykeel man, Davitt Walsh, who had swum out to the vehicle.

Ríoghnach, who was just four months old, was the sole survivor.

The Derry family had been on a day-out in the Inishowen town when the incident occurred.

At an inquest into the five deaths the following year, Garda Seamus Callaghan revealed that four bodies were recovered quickly, with a fifth a short time later.

Witnesses recalled rescuers trying desperately but in vain to save Ruth Daniels’ life.

Tributes were paid to Mr Walsh who braved the dangerous tides to rescue baby Ríoghnach. Garda Inspector, David Murphy told the inquest: “Davitt Walsh is an ordinary man who did an extraordinary thing.”

The inquest, held in Buncrana, also heard that Mr McGrotty was three times over the legal drink-drive alcohol limit at the time of the tragedy.