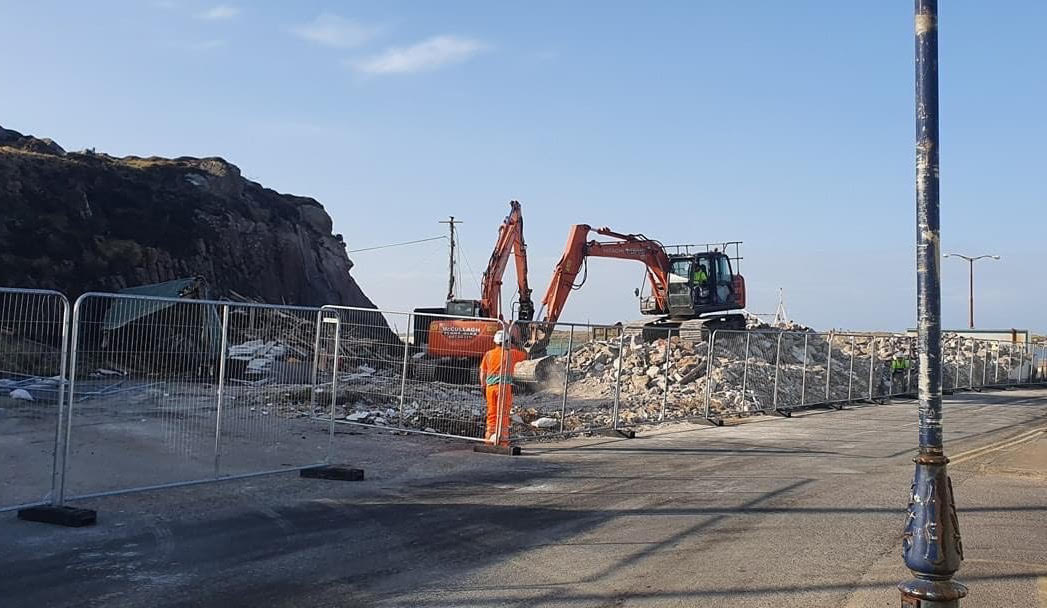 The historic Burtonport Fishermen’s Co-Operative has been demolished to make way for new development in the West Donegal harbour.

The building was toppled yesterday as part of a new plan to realign local roads, a new ferry terminal for the Arranmore boats and make traffic flow better.

The work is being carried out as part Donegal County Council’s Burtonport Redevelopment Plan.

Over the years the building has served locals in a number of different guides including a cinema, a dancehall, an auction hall and recently to store goods.

However, the new plans will allow an easier flow as it is thought congestion was a problem in the area for fishermen and ferry users. 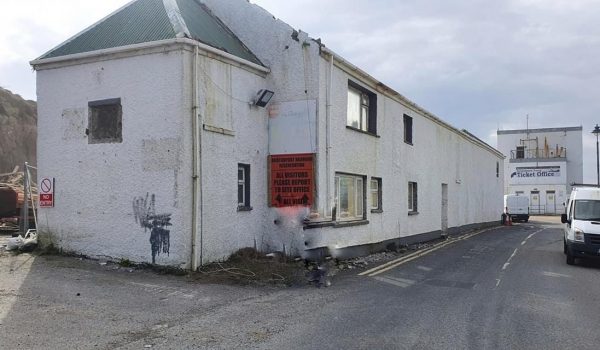