The sad passing has been announced of Susan McBride (née Lambe) of Kerrykeel.

Aged 101, she was one of Donegal’s oldest residents. Her legacy lives on through her large family, including 21 grandchildren and 22 great grandchildren. 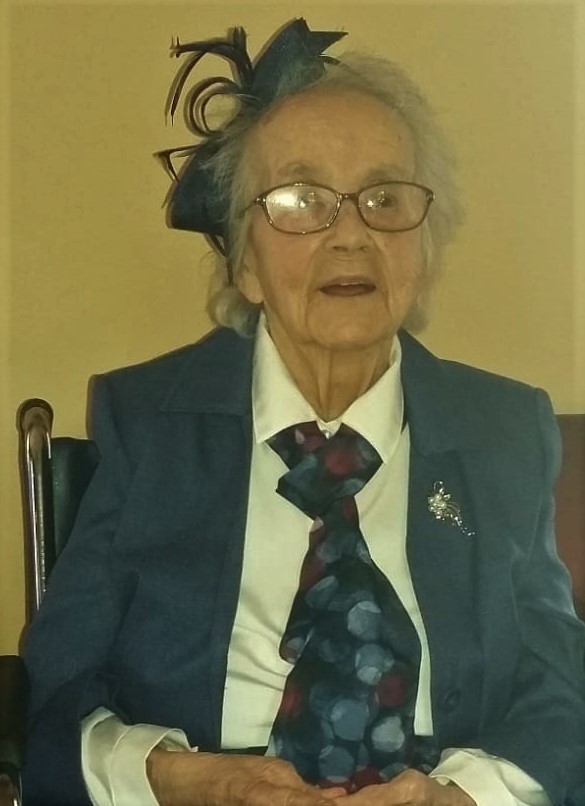 The late Susan McBride, who passed at the age of 101

She is predeceased by her husband Packie, her sons Patsy and Josie, her granddaughter Michelle and her daughter-in-law Patricia.

Sadly missed by her sons-in-law James Gallagher and Patrick Dorrian and daughter-in-law Ann, her extended family, neighbours and her large circle of friends.

Susan’s remains will repose at her late residence in Duntinney from 6pm on Thursday 24th. Removal from there at 1.15pm on Saturday (26th) arriving at St. Columba’s Church, Massmount for 2pm Requiem Mass, followed by burial in the adjoining graveyard.

The funeral cortege will travel from her home via Ballykinard and Rossnakill on the afternoon of the funeral.

Family flowers only please, donations in lieu, if desired, to The Donegal Hospice, care of any family member or Mc Ateer Funeral Directors.