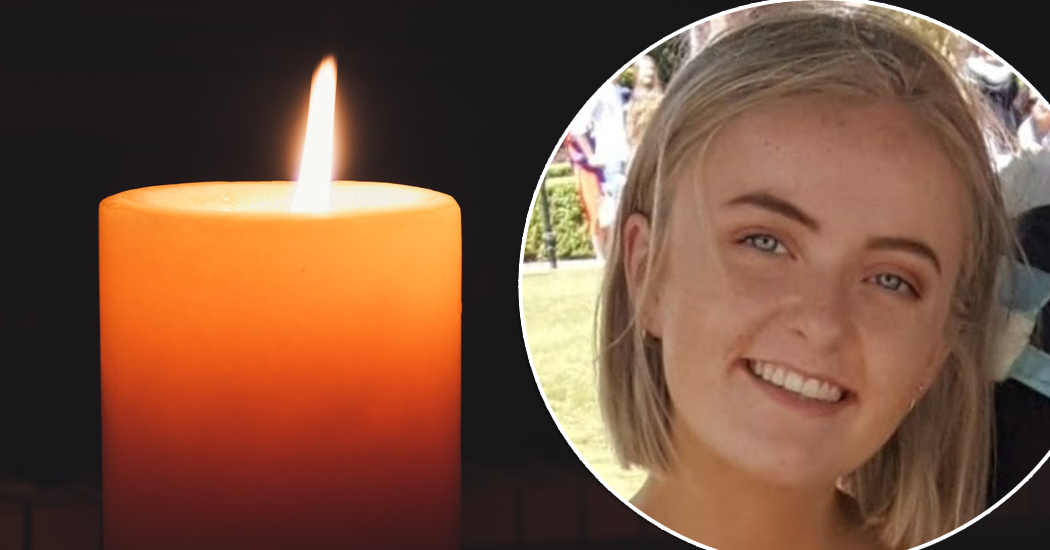 She packed so much love and life into so few years.

That was the resounding message as Róise Quinn was laid to rest today.

Blistering sunshine glistened off the rolling hills of the lush Glenswilly countryside as the community came to a standstill to say a final goodbye to the 22-year-old.

Not even the wind turbines in the far-off countryside dared turn to disturb a final farewell to beautiful Róise.

The daughter of Cathal and Rachel and beloved sister of Patrick and John, Róise passed away at Letterkenny University Hospital on Tuesday morning.

Members of the local Glenswilly GAA Club and St Eunans Secondary School formed guards of honour outside the church.

Mourners, who came from as far away as America, packed inside the church and many others stood outside in searing March heat.

Fr Michael Carney spoke of Róise’s many achievements and the many gifts she was blessed with.

Her love of art, her beautiful singing voice, her gift of languages but ultimately her love of people and her incredible gift of seeing the best in people, especially those who appeared awkward or on the margins.

He also encouraged those suffering from depression to speak to others and to find help from professional services.

He said the condition Róise died from was exactly the same as someone who had suffered and died from a heart condition.

Róise’s beloved brothers Patrick and John both gave the readings while pupils from her former secondary school, Loreto Letterkenny, provided stunning music throughout the mass.

A number of gifts were offered to reflect Róise’s life.

They included sheet music, a book and a canvass and paint brush as well as the European flag to remember the time she spent in the European Youth Parliament.

Perhaps most surprising for many was the inclusion of a rugby ball reflecting Róise’s time playing with Letterkenny Rugby Club.

Her coach said that although she was the smallest on the team, she played with the biggest heart on the pitch.

Róise’s beloved dad, well-known local solicitor Cathal Quinn, thanked all those who had helped them in recent days.

He paid a special tribute to the community of Glenswilly and its people for all they had done for Roise and his family in recent days and how it made him so proud to be a Glenswilly man.

He thanked Róise’s friends for being there as well as the staff at Letterkenny Hospital and the ambulance service.

He composed himself as he spoke lovingly of his only daughter, of the love, fun and devilment she brought to all their lives.

He spoke of her many accomplishments in the arts including music and painting but mostly he spoke of her achievements as a person who put love before anything else.

He spoke of Róise’s bedtime prayers and how she prayed for so many people each night.

Cathal said that although Róise was now gone from this life before her family, he knows they will be united once again in Jesus Christ.

As he completed his tribute to his beloved daughter, Mr Quinn asked the congregation not to clap for his words but for Róise.

A thunderous round of applause burst out the doors of the chapel and into the fields, hills, driveways and roads of Glenswilly.

Róise Quinn’s time in the community which raised her might have come to an end but the legacy of her love and life will live on.

She was laid to rest in a beautiful willow coffin in nearby Kilpeak Cemetery.