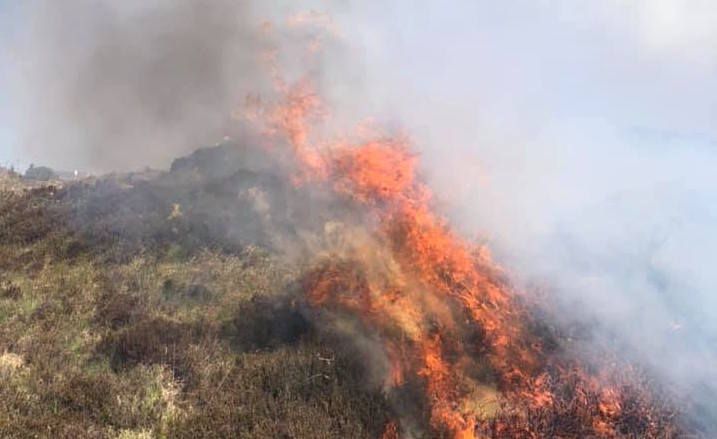 People are being urged to take extreme care to prevent wildfires during the current spell of dry weather and high temperatures.

There is a serious danger of gorse fires this weekend, the Department of Agriculture, Food and the Marine has announced. A Fire Danger Notice, Condition Orange, was issued for all areas where hazardous fuels such as gorse, heather, dried grasses, and other vegetation exist. The notice is in effect until midday on Monday, 28th March.

Donegal County Council is appealing to landowners and members of the public to exercise caution and to take all necessary measures to prevent the occurrence of wildfires.

Landowners and members of the public are urged to be vigilant and to report any uncontrolled or unattended fires immediately to the fire service by dialling 999 or 112.

The Council is also urging landowners and members of the public not to engage in activities that could cause wildfires.

Householders or building owners in areas susceptible to wildfire are advised to remove or cut back any vegetation in the immediate vicinity of their house, building or oil tank to prevent wildfires damaging or destroying their property.

Donegal County Council would also like to remind landowners and members of the public that under the Wildlife Acts, 1976 and 2000 it is an offence to cut, grub, burn or otherwise destroy any vegetation growing on any land not then cultivated between 1st day of March and 31st day of August in any year.