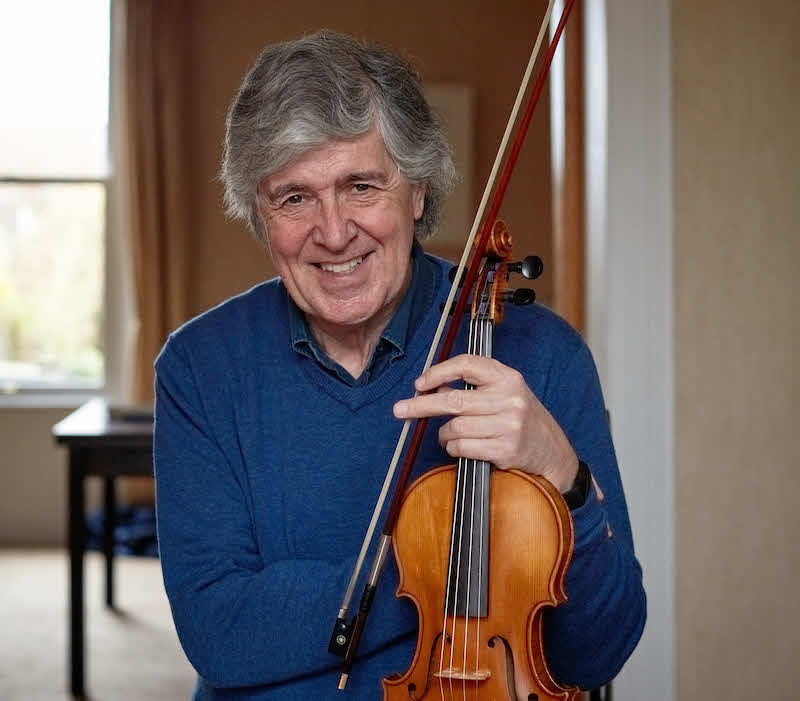 Donegal-style fiddler to get highest accolade in trad music scene

The TG4 Gradam Ceoil 2022 Musician of the Year award is to go to Donegal-style fiddler player, Paddy Glackin.

Paddy was born in Dublin with strong family links to Donegal – his father Tom hailed from the Rosses.

He developed a deep love of the music of Donegal and adopted his father’s Donegal-style of fiddling.

For almost half a century, Paddy has made, and continues to make, a significant contribution to traditional music in Ireland.

Amongst leading influences were his father and subsequently, John Doherty, Tommie Potts and Padraig O’Keeffe.

Paddy has always been eager to engage with new approaches.

His seminal 1980 recording with Jolyon Jackson set a benchmark in opening cross-fertilisation within traditional music and his work with the avant-garde American composer John Cage has been universally acknowledged.

The founding fiddle player with The Bothy Band, included amongst many others he has toured and recorded with are Mícheál Ó Domhnaill, Liam O’Flynn, Mícheál Ó Súilleabháin & Robbie Hannan.

This is the 25th year of the awards ceremony and it will air live on TG4 on Easter Sunday 17th April at 9.30pm from the National Concert Hall.

An independent panel of adjudicators selects recipients each year.

It is not a competition.  The Gradam Ceoil recipients are presented with a specially commissioned piece by leading sculptor John Coll as well as a small stipend.