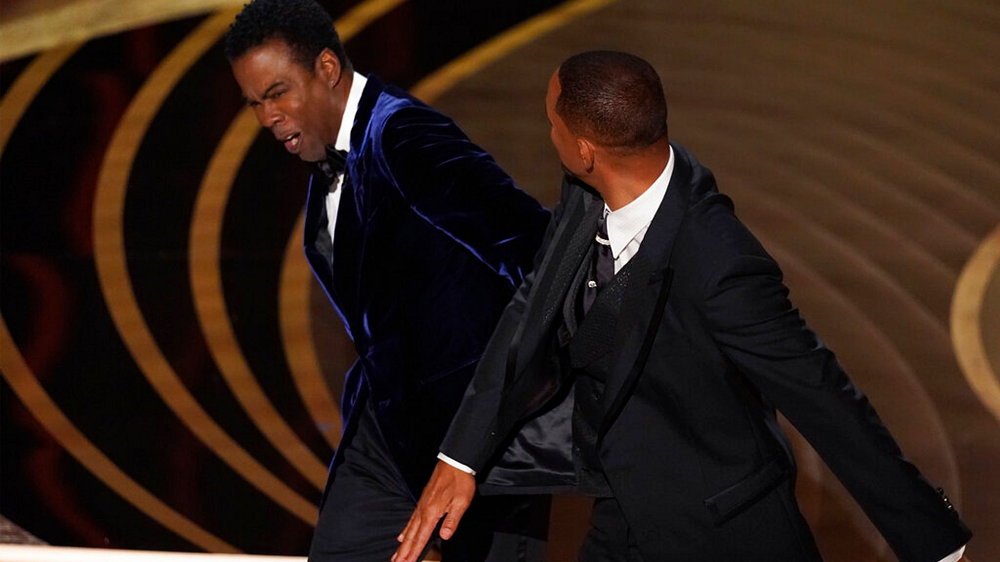 Watch: Anarchy at the Oscars after Will Smith slaps Chris Rock

The outburst was prompted by Rock insulting Smith’s wife, Jada Pinkett Smith, who has alopecia.

Rock made a “G.I. Jane” joke, to Jada’s embarrassment, and her husband walked up on stage and appeared to strike Rock before he returned to his seat, shouting: “Keep my wife’s name out of your… mouth.”

Smith went on to win the Oscar for best actor for his performance in “King Richard.”

During his emotional acceptance speech, Smith apologised to the academy and his fellow nominees and told the academy he hoped he’d be invited back.

The incident has overshadowed all the wins and losses of the evening. Prior to the slap, Belfast writer-director Kenneth Branagh won the Best Original Screenplay Oscar at the Academy Awards on Sunday night, saluting his hometown and “the fabulous Island of Ireland” in his acceptance speech.

Watch: Anarchy at the Oscars after Will Smith slaps Chris Rock was last modified: March 28th, 2022 by Staff Writer
Facebook0Tweet0LinkedIn0Print0