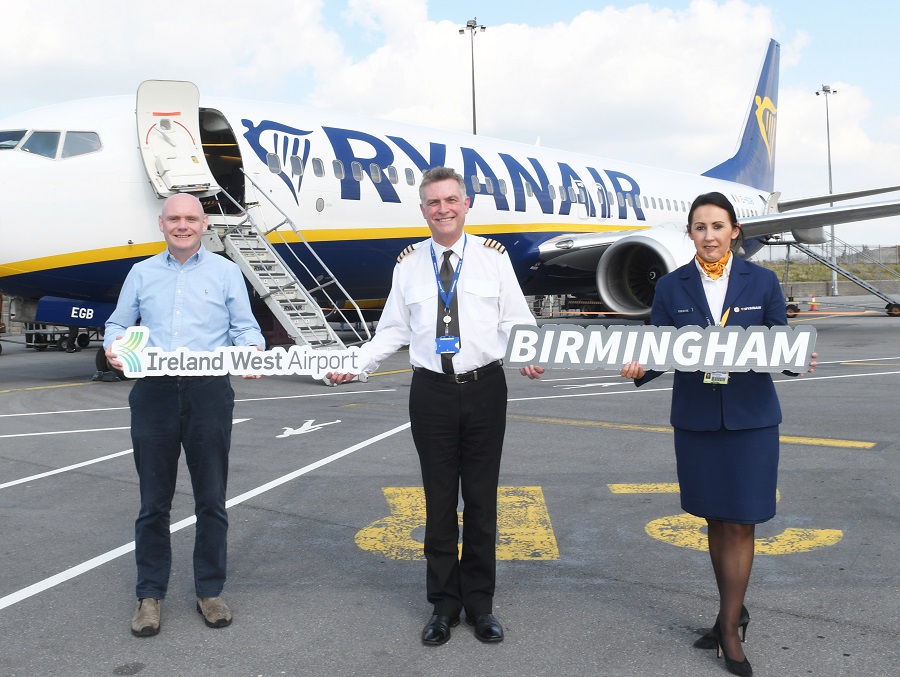 Ireland West Airport is today delighted to welcome the start of a brand new twice weekly service to Birmingham with Ryanair. This new service will operate every Tuesday and Saturday and will provide a major boost for the airport and the region as it sees the restoration of connectivity between the West of Ireland and Birmingham.

The opening of this new route reinforces Ryanair’s commitment to Ireland West Airport and the rebuilding of the airports route network whilst playing a key role in the recovery of local jobs and the economy. This is the third new route to be announced by Ryanair from the airport in the last six months following the commencement of new services to Edinburgh and Manchester in September. This summer is set to be their busiest on record at Ireland West Airport. 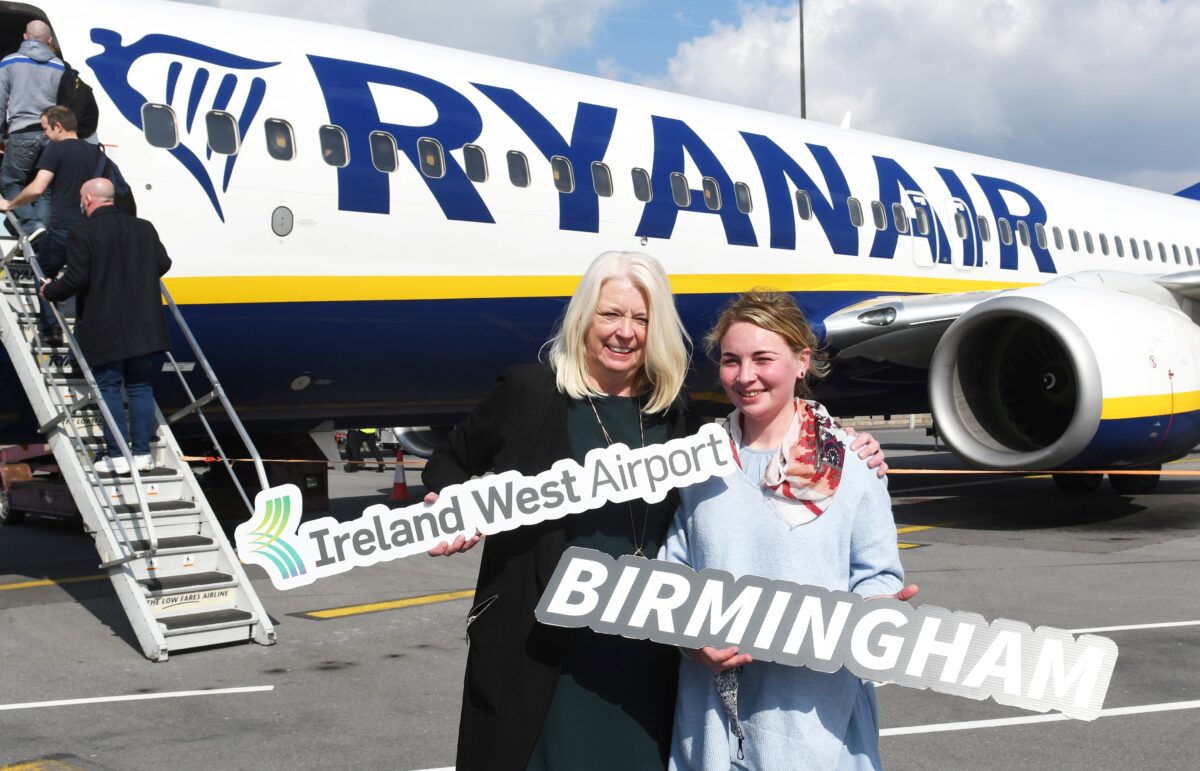 Pictured at the launch of Ryanair’s new twice weekly service to Birmingham from Ireland West Airport are Amanda Diggins and Tessa Dolan originally from Northampton heading for Birmingham.

Commenting on the new Birmingham service Ryanair’s Director of Commercial, Jason McGuinness, said: ’We are pleased to add this new route to Birmingham from Ireland West Airport as part of the airport’s summer 2022 schedule, offering our customers yet another UK destination to choose from Ireland West Airport. Having added over 560 new routes and opened 16 bases throughout the last 12 months, Ryanair is now looking ahead to S’22 and the addition of 65 new B737-8200 ‘Gamechanger’ aircraft to its fleet, which offer 4% more seats, 16% less fuel and a 40% reduction in noise emissions, making Ryanair’s S’22 schedule the most exciting and environmentally friendly to date’. 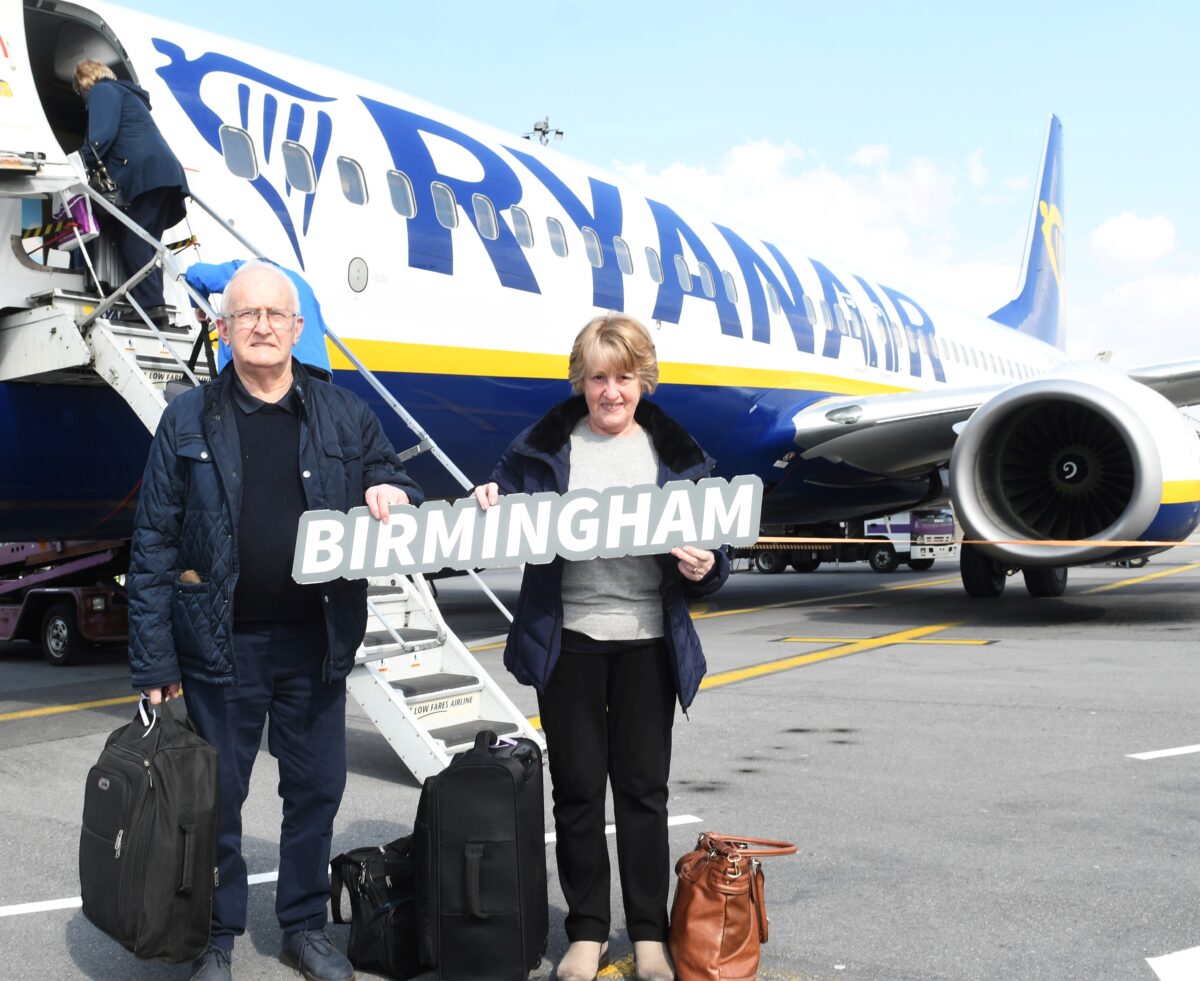 Pictured at the launch of Ryanair’s new twice weekly service to Birmingham from Ireland West Airport are Cyril & Blandina McKenna natives of Leitrim and Roscommon heading for Birmingham.

Welcoming the launch of the new Birmingham service, Joe Gilmore, Managing Director, Ireland West Airport commented ‘Today is another good day as the airport welcomes the first flights to and from Birmingham with Ryanair. Our Birmingham service has long been one of our most established routes from the airport and we are delighted to see Ryanair starting services this week. This is another boost for the airport as we begin our summer 2022 schedule this week which will see Ryanair operating their biggest ever schedule from the airport with flights to 15 destinations across the UK and Europe which is a huge vote of confidence in the airport as we continue to rebuild our route network’.