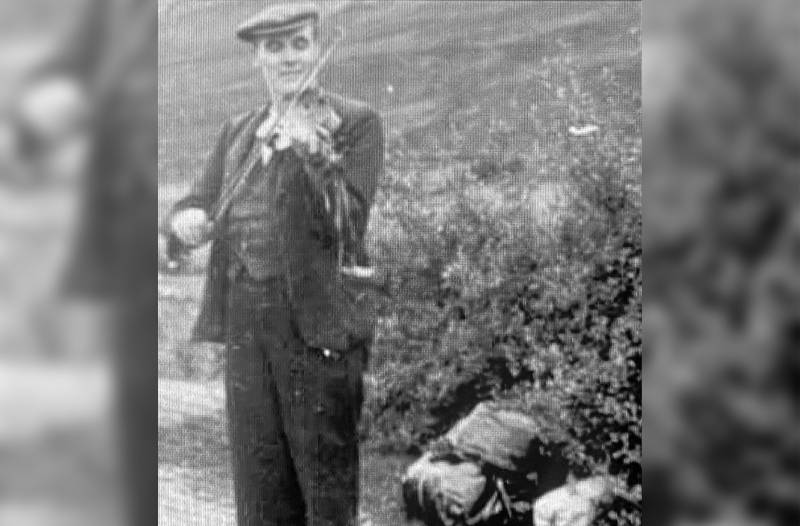 One Guinea was the fee. Mount Southwell Place was the location. Quarter-stretched red brick houses in the middle of Letterkenny looking out over the market Square. 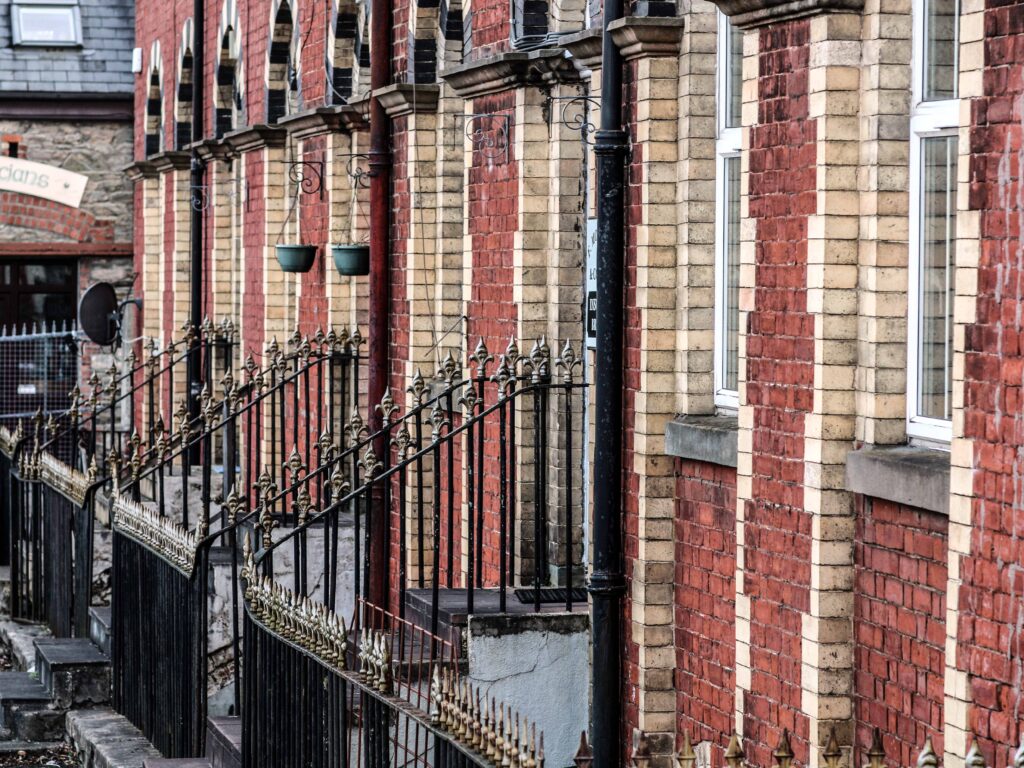 The three impressive sets of the steps up to the three front doors at Mount Southwell Place in Letterkenny. Photo Brian McDaid.

Reflections on the really old glass in its Georgian windows distort the reflection of a set of telephone wires. They remind me of the staves in sheet music and look as confused as I felt looking inside out through these old windows many years ago.

It was the nearby St. Eunan’s Cathedral at the weekend attending conformations and accompanying music, particularly the beautiful sound of a violin that filled the high ceilings of the Cathedral.

For me the sound of a violin played well is one of the most beautiful sounds especially in a place like a cathedral where acoustics are amazing.

That music took me back to a time when I was sent to try and learn to play a violin.

Music lessons were never something that we could afford growing up, daddy coming home from a pub in Fintown one night with a fiddle given to him by a famous fiddle player Johnny Doherty changed that.

The late Hughie McGovern, a great man into his traditional music, took a great interest in this old well worn Johnny Doherty fiddle. From memory it was either a full size or 3/4 size fiddle but it still was a wee bit big for me to play with comfort.

But Hughie was going to sort all that out. Hughie had offered to buy the old fiddle in a deal buying me a brand new fiddle and also would pay for a year’s tuition with one of the town’s best music teachers Ms. Mc Menamin at her home at Mount Southwell Place on Castle Street at the Market Square. 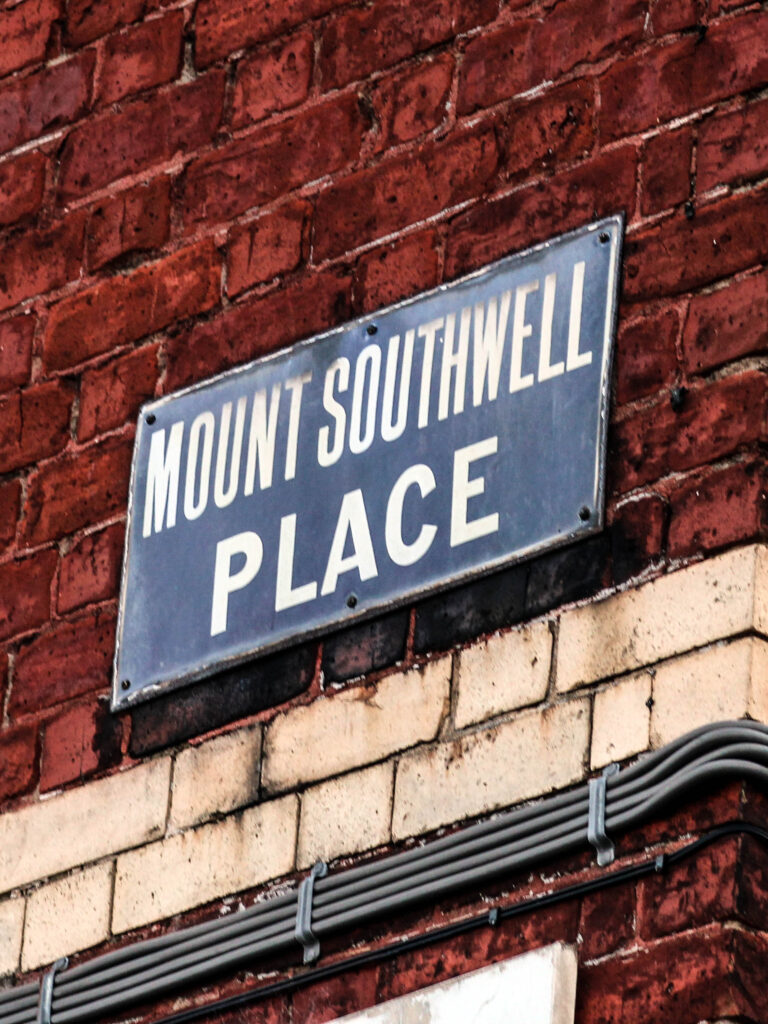 The beautiful sign on the gable of Mount Southwell Place. Photo Brian McDaid.

My father, a bit reluctant to part with the famous fiddle, decided that he would send me to music lessons himself and hold on to the fiddle for a while.

We only had the fiddle and nothing else so my grandfather, Pop Coyle, who played the fiddle, gave me his fiddle case and his bow, tuned it up a bit and played a wee tune on it himself and I was off to learn music.

A term of lessons it cost one Guinea, which was a pound and a shilling or 21 shillings in old money. Even though by this time we were well into decimal currency looking back there was something very classy about charging a Guinea for music lessons.

There was a feel of professionalism about it, legal accounts or medical bills were often invoiced in Guineas.

I landed for my first lesson up the steps to the big front door and into the front room looking down onto the old market square. There were more students that went to learn to play the piano there than anything else. In fact I never saw anyone else, only myself landing with a fiddle going to the music lessons at Mount Southwell Place in my time. 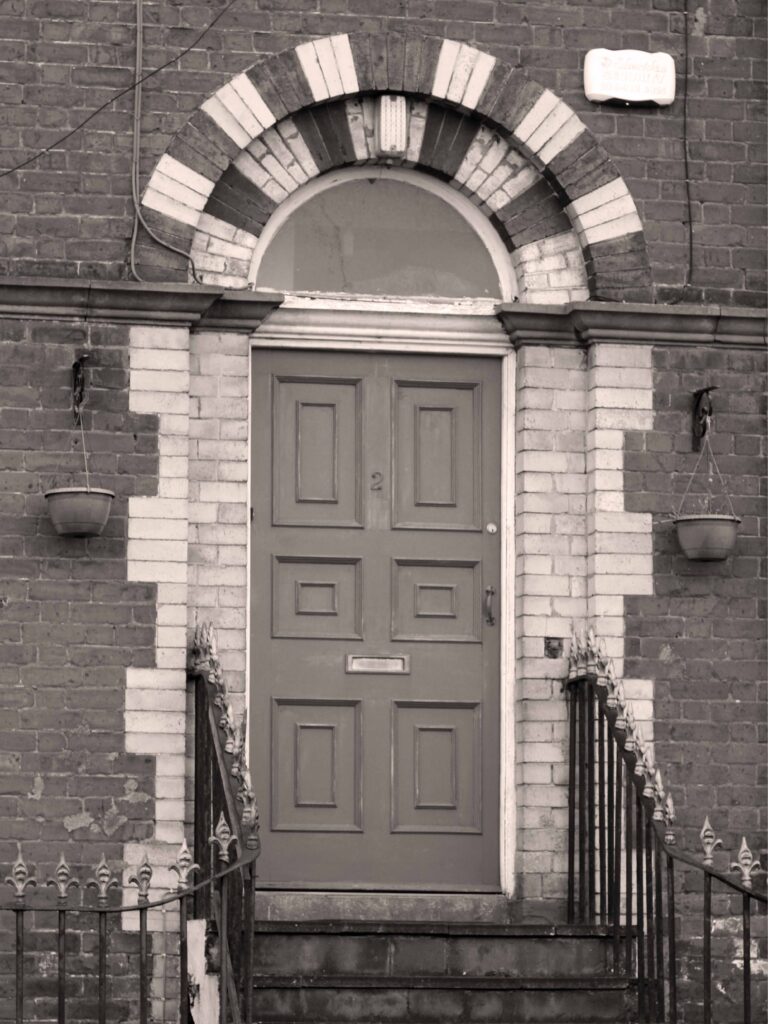 I day dreamed of myself in years to come maybe playing on the stage below on the Market Square on the weekend of the Folk Festival, me playing the famous Johnny Doherty’s fiddle to the crowds of people.

The reality was a bit different. I don’t know which was more shocking, the fiddle or me faced with sheet music on a brass stand in Ms McMenamin’s front room.

Learning the scale and trying to get the screeching out of the notes was a challenge, I could comfortably say that the famous fiddle never sounded so bad.

But Ms Mc Menamin continued on to the first song I learned on the fiddle , ‘Twinkle Twinkle Little Star’. It was a popular tune in the music classroom. On evenings that I would arrive early for lessons I could hear the student ahead of me also playing the same tune, but on a piano and a lot better!

One of the memories I had of that time was arriving to music lessons on a winter’s evening and a power cut in Letterkenny and playing the fiddle by candle light in the big front sitting room and seeing our reflection in the big windows of the big front room window with no street lights working outside, and thinking that this might have been what Letterkenny looked like and the inside of this old Georgian house looked and felt like in winters evening before the arrival of electricity when these houses were first built.

My father’s expression, (a look very like that of the great actor Jackie Gleeson) said it all when he asked me to take out the fiddle and give us a wee tune, when he came home one evening from the pub. He wasn’t long sobering up as he listened to the screeches of Twinkle Twinkle Little Star .

There was going to be no more Guineas spent on professional music lessons in the near future, and the fiddle was put away for a while. As one door closed on my musical career another one opened with the words of this great music teacher out from Derry that landed at the literary Institute in Letterkenny.

Johnny Doherty’s fiddle was on the move again. Most of the children were learning to play guitars the first few nights the institute was full of sounds of ‘would be Elvis’ stumping away and strutting their stuff. I never let on that I had any music lessons (not that anyone would have noticed) for fear that the new music teacher might have the notes for Twinkle Twinkle Little Star with him.

There wasn’t much street cred learning to play a fiddle in the big upstairs hall of the Letterkenny Literary Institute; it was a very different place to the one to one tuition of Ms McMenamin at Mount Southwell Place. A lot of the boys were slagging me off by landing with my fiddle with a vintage fiddle case that looked more like something you would pull a machine gun out of in a movie.

Little did I know my big break in music wasn’t very far away! A few weeks into the musical lessons our musical teacher didn’t turn up and while a group of us were out playing football at the front of the hall, a girl who was sitting up on the windowsill inside the hall jumped down and landed on top of my fiddle.

Before I even opened the damaged fiddle case I knew this fiddle was going to be in bad shape, and right enough it was where the bridge once stood now was flattened into the back of the fiddle. I carried the flatten fiddle and case out of the hall and home to an annoyed father, but secretly I was as happy as Larry because I had grown to hate that fiddle and the Provence it had gathered from the first night he landed home with it in the early 1970’s.

That fiddle was too big both in size and fame for a young boy starting out on a musical career, a music career that wasn’t his own wish but that of his father who himself could play the melodeon and harmonica ‘by ear’ but never was able to master this fiddle. Years after I stopped trying to learn to play the fiddle I noticed that most fiddles had a chin rest on them, a luxury that our old fiddle hadn’t. Maybe that was the reason that the fiddle never worked out for me but years after when old footage of the great Johnny Doherty playing his fiddle so beautifully was on, none of them ever seemed to have a chin rest in them, Johnny just rested his chin on the black tailpiece, just like myself!!

On Saturday last at St. Eunan’s cathedral the sound of every note and not a scrape or screech to be heard fills me with admiration for a musician in full flight, from someone who tried and failed in fiddle playing like myself. Twinkle Twinkle Little Star was as far as I got on that old fiddle that once made the best of traditional music in the talented hands of the late and great Johnny Doherty. 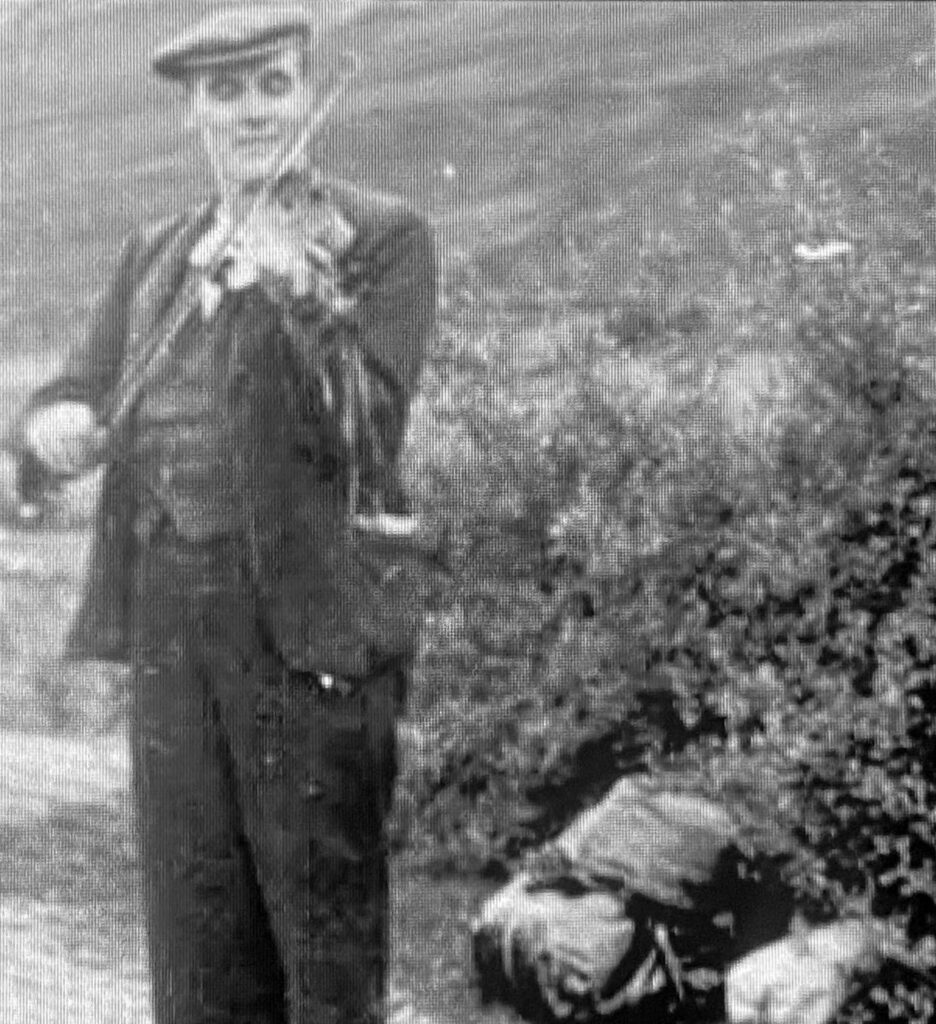 The great Johnny Doherty making beautiful music on his fiddle his fiddle.