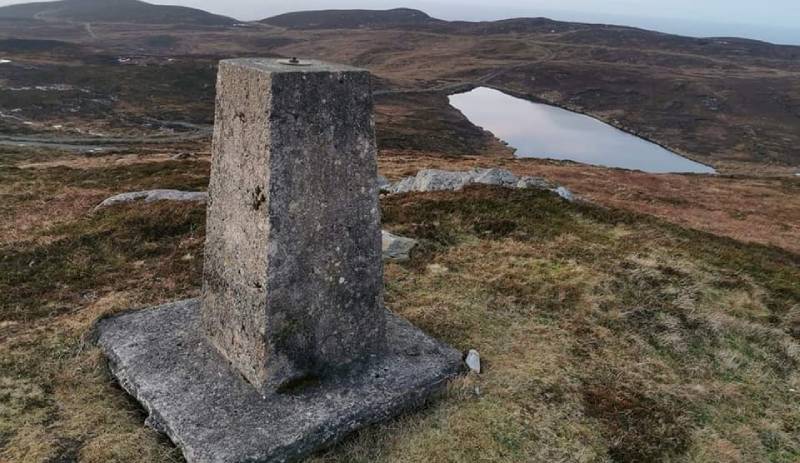 A group of us have been organising a “Climb With Charlie” on Arranmore Island since it was announced on The Late Show in January.

In aid of Pieta House & The Irish Motor Neuron Disease Association. Like so many people watching that night I was moved by Charlie’s words.

When he said it wasn’t possible for everyone to climb Croagh Patrick they can climb their own mountain near them, I thought we should climb our own highest point Cnoc na Naomh on Arranmore Island.

I have been involved with ‘Darkness Into Light’ on the Island since 2015. Also when he said the two charities were Pieta House & IMNDA I thought we should definitely do it. A few days later someone on the island said to me it would be a great thing to do and I should organise an event.

I put it out on social media and got a great response. I spoke with Hugh Nancy Rodgers who has organised many festivals and events on the island about the event. He offered to help. We also got great help and support from the community centre and Féile Róise Rua committee.

The walk will start at the community centre (Ionad an Chrois Bhealaigh) at 2pm and on towards Cnoc na Naomh via Ballard. We will arrive at the base of the mountain at 2.45pm. People don’t have to do the whole walk whether they have fitness or health issues. They can come to meet us at 2.45pm from their nearest road.

They can drive to a nearby point. Alec the lead piper in the Arranmore Pipe band will be at the top of the mountain. He will be piping as we go up to the peak. It will be a very special day. As for fundraising we will have donation buckets on the day.

There is a bonus ball draw based on the Irish Lotto. Numbers 1 to 47. It costs 40 euro per number.The prize is 400 euro. We hope to have all the numbers sold and the draw on Saturday night. Also there is a fundraising page https://www.idonate.ie/fundraiser/11426334_denis-o-donnell-s-fundraising-page.html?fbclid=IwAR3BzOcnmZPkPlbTo931_Y7M5vA1nKRTF86tUUnK3u2fktXH0B53CbGQEyE